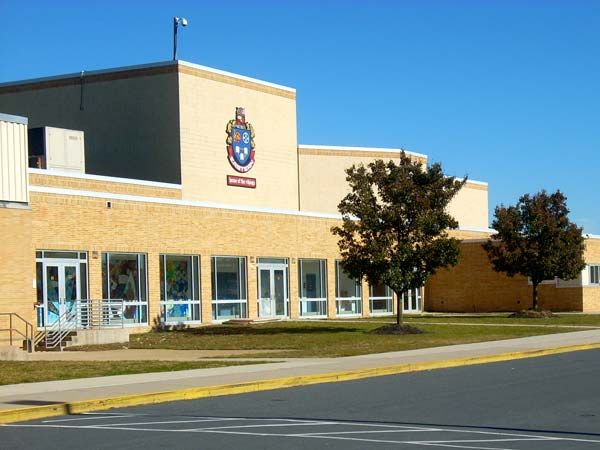 Eastern High School’s cultural representation initiative is taking shape this school year, with a repository of readings and presentations, professional development for teachers, and a new position focusing on diversity and inclusion.

Dr. Robyn Clarke, vice principal for the class of 2022, is now also the assistant affirmative action officer at the school.  The role entails a lot of responsibilities, but one aspect includes providing students, parents, and other individuals within the community with meaningful resources on cultural diversity.

Following the civil unrest of the summer concerning Ahmaud Arbery, Breonna Taylor, George Floyd, and others, Clarke said she wanted any response from Eastern to be substantive.

“If Eastern were to respond to this—that not being my final decision—how could we do that in a way that looked different, or what is different than what I had seen out there,” Clarke said.

In her research prior to the inception of the Eastern Cultural Responsiveness Initiative, Clarke found that many school districts were introducing reading lists that were similar to one another.

“He pretty much gave me the ball and let me run with it,” Clarke said.

Cloutier and Clarke agreed that they wanted Eastern’s response to be personal, meaningful, and if possible, provide an opportunity for interactivity. What Clarke came up with is the Cultural Responsiveness Repositor of Eastern Regional High School, an online presentation filled with explanations, reading suggestions, and opportunities to view media and interact. The goal is to anchor historical context to present day social issues pertaining to people of color.

Clarke had conversations with school officials, received feedback from students and staff, and eventually revealed the repository to the school’s board of education for final approval.

Jeffrey Holmes, who worked in film and television for several years, is the TV Media teacher at Eastern.  He has played a role in ensuring that diversity and inclusion are a focal point as well in his role as the school’s African American Student Union Advisor.

“Several students had expressed an interest in having a club where they can express and explore their cultural identity,” Holmes said in an email.

In fact, he started the AASU under the Cultural Diversity Club.  Holmes created a platform for students to express themselves through performance, discussions, etc.

Holmes said that much of the club’s tasks included laying the groundwork for future students.  That groundwork included implementing procedures and creating an annual calendar of events.  During Black History Month, the club also produced a series of videos that highlighted historical and cultural events.

Regarding the Eastern Cultural Responsiveness Initiative, Holmes said that, “It’s a great idea and very much needed. A lot of the social justice and fairness problems we face are rooted in cultural ignorance. The more educated people become on diverse cultures, the more respect they will have for people, which I believe will reduce social injustice.”