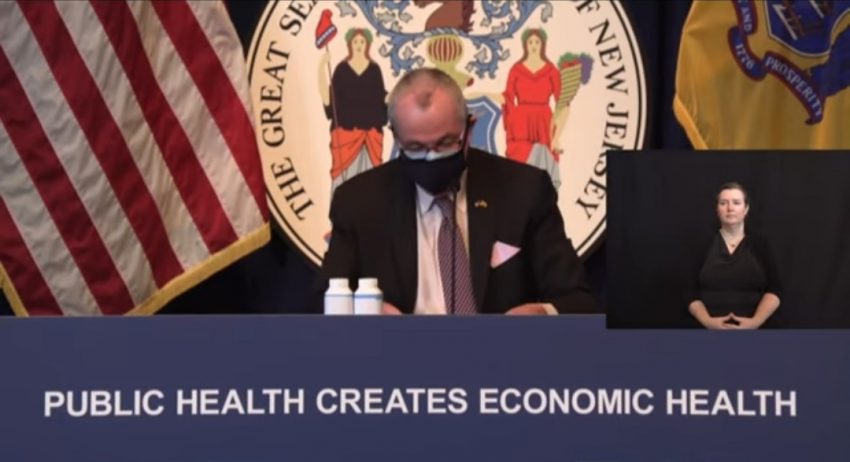 “The Department of Health’s ability to regulate the distribution of the vaccine is linked to the declaration of a public health emergency,” Murphy said at the briefing.  “Failing to extend the public health emergency risks compromising the department’s ability to prioritize high risk individuals, promote adequate staffing and vaccination sites, and ensure that residents are receiving the correct second dose of their vaccine, among other important steps.”

Murphy said there were 4,495 new positive test results from the day before. He also reported another 92 deaths to add to the state’s total of more than 20,000 confirmed deaths from COVID-19. He said another 2,200 deaths were likely caused by the virus.

Murphy was joined by former state epidemiologist and current COVID-19 Response Medical Advisor, Dr. Eddy Bresnitz, along with the Commissioner of the Department of Health, Judith Persichilli.

Persichilli said the department’s Public Health and Environmental Lab is sequencing all virus variants and that the lab has increased its testing capacity. Persichill said the lab looks for virus strains with atypical transmission patterns, and sends that information to the CDC.

Bresnitz said the lab has completed 107 sequences to date with another 64 pending this week. Since November, the lab has sent 111 specimens to the CDC, or approximately 16 per week, Bresnitz said.

Bresnitz also stressed the importance of wearing at least one “good” mask and adding a second mask for an additional layer of protection.