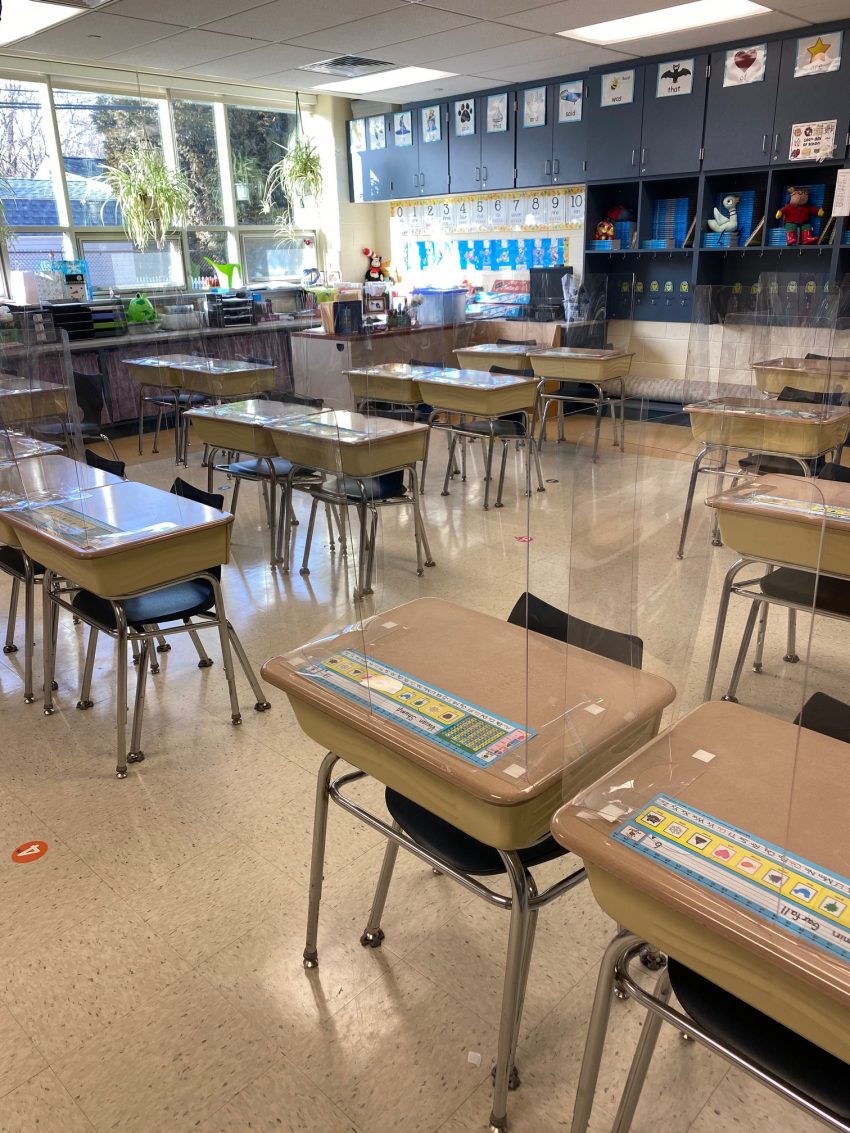 Teachers and education advocates are increasing calls for Gov. Tom Wolf to prioritize vaccinating school staff throughout the state.

A coalition of nine statewide education groups wrote a letter on Feb. 11 addressed to Gov. Wolf, Secretary of Education Noe Ortega, and Secretary of Health Allison Beam to state the case for getting coronavirus vaccines to educators, support staff, and school administrators immediately.

The groups argue that school staff face significant health risks posed by large gatherings for in-person learning, especially given the high rate of coronavirus cases. They also added that the state’s health and safety guidelines may be too difficult to enforce. To them, the best way to mitigate any and all concerns is to “vaccinate school staff members as soon as possible.”

“School staff members are anxious about being in close contact with others in a closed space for seven hours a day,” said Richard Askey, the president of the Pennsylvania State Education Association. “Who wouldn’t be?”

Gov. Wolf rejected the request that same day, as his administration is following the CDC’s recommendation to first vaccinate health care workers and people most vulnerable to serious illness.

Askey said he was disappointed by Gov. Wolf’s response, but he said that there will continue to be an ongoing dialogue.

“We understand that there are more at-risk individuals than vaccines available right now,” said Pamela Brown, who is on the board of directors for PSEA’s southeastern chapter. “But when the quantity of vaccine doses increases, we need to be prepared to include all school staff as early in the process as possible.”

According to the Pennsylvania Department of Health, education workers are listed in Phase 1B of the state’s vaccination rollout. The state remains in Phase 1A with no indication when it will move to the next stage.

Yet there are avenues for education workers in some districts to get access to a vaccine. Earlier this month, the School District of Philadelphia partnered with the Children’s Hospital of Philadelphia to provide vaccine doses to its school staff. That program will start on Monday.

Jillian Clark, a teacher in the district, said the vaccination program does make her feel safer going into her classroom. But she is still discouraged at the lack of vaccine access for school staff in other districts.

“It’s extremely frustrating,” she said. “Teachers should have been included with the first group of eligible recipients. If we are deemed essential, then why not?”

In the interim, Askey said school communities, both staff and families alike, will be responsible for doing whatever is necessary to combat the continued spread of the virus.

Jenna Adams, a teacher at Nether Providence Elementary in Wallingford-Swarthmore School District, said it is imperative that teachers and school staff continue to follow the CDC’s social distancing guidelines. Not doing so, to her, “would be going against basic science and risking the health and safety of students, staff, and the community.”

“Parents are an integral part of the equation,” said Paul Healey, executive director of the Pennsylvania Principals Association. He said that parents have a duty to be transparent about the health of their kids and other family members.

But he said that ultimately, until school staff have full access to a vaccine, it’s going to be a challenge continuing to navigate the pandemic.

“It will take a comprehensive effort on all parties involved to keep everyone safe and healthy,” he said.