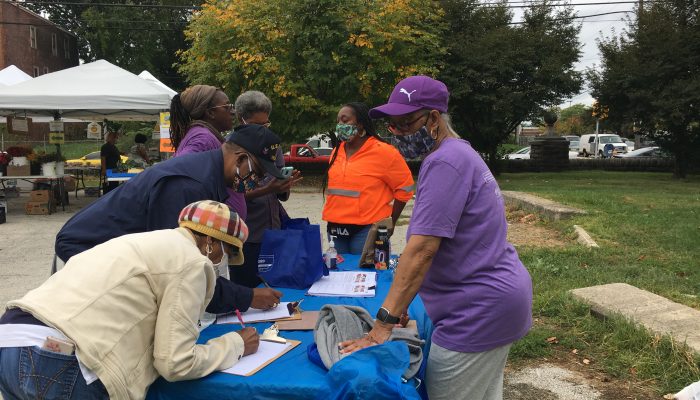 Photo: City of Philadelphia/Office of Sustainability

Mayor Jim Kenney and his administration have set forth a plan to tackle environmental issues impacting residents in Philadelphia’s underserved communities. The recent announcement of the city’s first Environmental Justice Advisory Commission gives hopes to those living in areas most impacted by climate injustice.

“Every day we see new evidence that climate change is real and that is hurting our residents particularly people of color and low-income, working class residents,” Mayor Kenney said in a virtual press conference. “We must do our part to achieve climate justice and ensure all Philadelphians benefit from a healthy environment now and for generations to come.”

The new Environmental Justice Advisory Commission hopes to combat these issues through a series of programs and initiatives aimed to address air quality, water quality, as well a lack of quality green spaces in Philadelphia. The group will work cooperatively with city officials to develop strategies to achieving environmental justice, as well as tackling disparities in exposure to climate change amongst low-income residents.

The differences in environmental conditions across Philadelphia’s neighborhoods are stark and result in a nearly 22-degree temperature increase in the Summer according to Cheyenne Flores, coordinator at Beat the Heat Philadelphia.

“Most people don’t realize that these resources are even available,” she said. “The city gave away over 100 fans and [air conditioning units] to people last year. And that was mostly word of mouth. People need to take advantage of all the city programs.”

Beat the Heat, an initiative that aims to provide heat relief resources for North Philadelphia residents, is one of nearly a dozen programs developed by the city. Prior to the COVID-19 pandemic, the program’s goal was to develop cooling centers in low-income neighborhoods. That focus has shifted, to instead provide heat safety resources for residents to stay cool at home during the Summer of 2020. Flores says her program, support from the Office of Sustainability, targets Philadelphians living in areas where heat vulnerability is a growing concern.

A 2015 report by the Mayor’s Office of Sustainability and ICF International outlines the dangers of severe weather, as rain, snow and flooding has been equally as destructive.

“When these heavy precipitation events fall as rain, they often exceed the capacity of the city’s storm sewer infra- structure,” the report says. “When they fall as snow, they require many city resources to manage.”

The report depicts a frightening reality for those living in low-income areas. Citing climate change as a cause for the increase in the “intensity and frequency of storm events over the last decade.” This flooding presents a number of challenges for those in the city’s high populated sections including health and safety hazards, damage to buildings, and disruption in essential services.

Flooding leaves resident – particularly those in low-income areas – left with devastation beyond reasonable repair. Mia Campbell, a West Philly resident, has been impacted by the increase in heavy rainfall, and cites a November 2020 storm as the cause of recent severe flooding at her home.

“Its always leaked,” Campbell says. “But this time there was like 2 feet of water down there.”

Campbell says she had plumbing work done at no-cost in 2019 as a part of the city’s Basement Protection Program but says a recently demolished vacant home next to hers has resulted in even greater flooding. She says that while the city has been cooperative, she blames them for allowing the home to be left condemned for years.

The Environmental Justice Advisory Commission hopes to be able to prevent problems like Campbell’s from happening in the future. Mayor Kenny also announced a commitment to achieve carbon neutrality by 2050, and released the Philadelphia Climate Action Playbook, a resource guide that details how the city is responding to climate crisis.