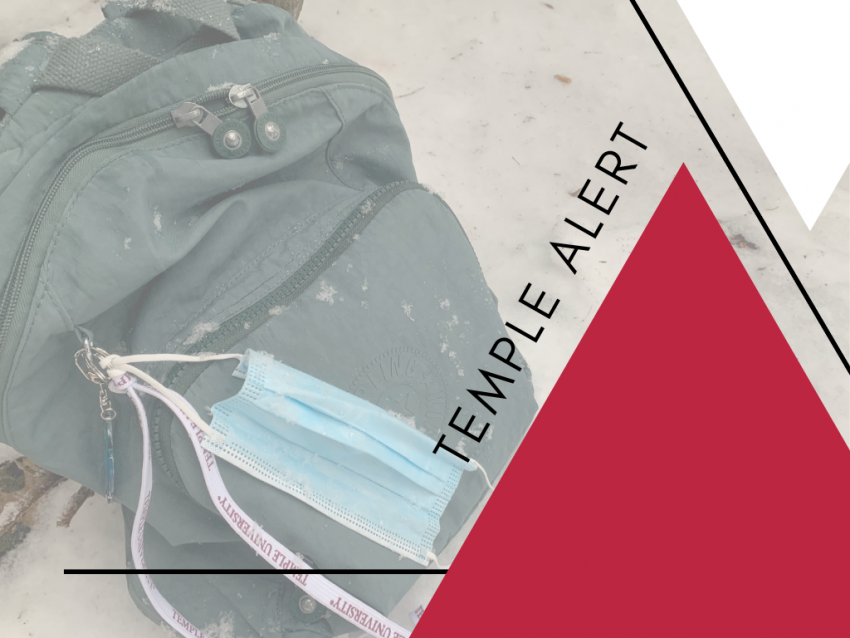 Temple University cancelled in-person classes Monday when Philadelphia got its biggest snowfall in five years. The school said remote learning would still happen, and the announcement was quickly branded “half snow day alert.” A flurry of online debates, emails to the administration, and a petition signed by thousands immediately followed.

Most responses from students cited two main anxieties: serious mental health concerns after almost a year of online classes, and financial strain for those with limited access to technology.

Undergraduate political science major Dennis Taner instantly took to Facebook after receiving the Temple Alert. “I feel like the school’s not taking into consideration people’s unique situations,” he says. “If somebody doesn’t have access to internet or a reliable computer, and campus closes for a snow emergency, what are they supposed to do?”

Taner rushed to post online, but says he understands why his message was misunderstood. Hundreds of students expressed support at first, but the enthusiasm was met with pushback from other members of the Temple University public Facebook group. “This is so entitled,” one comment read. Other replies followed:

“The real world will not be as forgiving.”

“We shouldn’t get used to being babied.”

“We can’t be relying on the institution to make things easy.”

Taner says that last comment bothered him most. “I actually have to stop myself from getting too emotional.” He explained he’s experienced homelessness in the past and was forced to sit in parking lots for internet access. “I don’t know what entitled is,” Taner said.

A 2018 study conducted by Temple University and Wisconsin Hope Lab estimates more than 30% of college students in the US experience food and housing insecurity. Roughly 9% report being homeless at some time during their academic career.

“For students who live near Temple and use resources available at Charles Library and the Tech Center, those facilities remained open,” University spokesperson Ray Betzner said. “Last semester, we helped out students who needed equipment like laptops to make sure they could connect remotely.”

The school has taken substantial measures to assist students who can’t afford technology. The university also offers a food pantry and other resources, but there’s only so much the campus can do to improve conditions for students in poverty.

Betzer said students should directly contact the school if they cannot attend remote classes when it snows. Taner says it’s not enough, since some students might not want to step forward or may be unaware that the services exist.

“No one should be put down for their socioeconomic status,” Taner says. “There may be help available on campus, but there is no easy way out, and it hurts me that there’s people who truly just don’t get it.”

Social media drama continued, while a change.org petition circulated among students, parents and alum. It received close to 2,000 signatures. Most signers voiced concerns about declining mental health in the COVID-19 pandemic.

Undergraduate student Ray Lapinski wrote, “my mental health is in rapid decline, and I could really use [it].” Temple parent Christia Bethel added, “My daughter studies very hard and is an A-type personality. She’s not a slacker. She is in medical studies and could use a break!”

A recent cross-sectional survey performed by the Journal of Medical Internet Research showed more than half of students in the United States are experiencing depression and anxiety, worsened by COVID-19. “The proportion of respondents showing depression, anxiety, and/or suicidal thoughts is alarming,” the study concluded.

“Just because classes are online doesn’t mean we shouldn’t still have snow days,” student Justice McNeil says. “Especially since spring break was canceled without the opinions or consideration of students and professors.”

Temple delayed the Spring 2021 semester by two weeks to give on-campus students time to quarantine prior to the start of classes. The postponement means no regular spring break, though the school will allow a “wellness day” in February and March.

In addition to his Facebook post, Taner sent an email to Temple University President Richard Englert. “Two days is unfortunately, for me, not close to enough,” he says. Englert’s office has not replied to Taner’s email but did respond for comment on this story.

“The wellness days were designed to give students and faculty two days when they knew they weren’t going to have class, so we didn’t interrupt the schedule,” spokesperson Ray Betzner says. He added that allocating a greater number would mean eliminating the traditional pre-finals “study days” at the end of the semester.

Several forecasts show Philadelphia could be due for a few more snow storms this winter. At this time, Temple University administrators have no plans to reconsider the 2021 procedure for inclement weather.

If you are experiencing a mental health crisis, please click here.

If finances are impacting your ability to attend online classes, email laptopshare@temple.edu or click to learn more about Temple’s laptop share program.