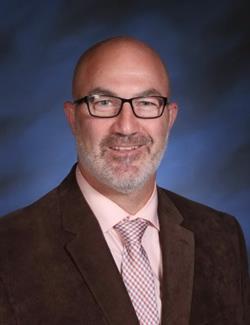 Following a parent-led petition, a New Jersey high school principal is urging Gov. Phil Murphy and his administration to allow parents to watch their children participate in clubs and sporting events.

A student presented the petition to DalliCardillo, who said he “signed it as soon as I saw it.”

“Kids are not stupid, and they can identify hypocrisy,” DalliCardillo said in an email. “Kids go to the mall and supermarkets and it’s crowded with people. To me, it doesn’t make sense that you can’t allow 50 parents in a gym or a theater to watch an event.”

DalliCardillo said both parents and students worked hard to get to the point of a performance or sporting event, and said he thought people should be able to enjoy it.

“No clubs/activities/organizations have been able to meet in any normal capacity,” DalliCardillo said in an email. “The kids that spend countless hours in the theater, on the stage, in the music room, chess club, debate teams, etc., they all need that interaction, and they aren’t getting it. It is crucial in the health and socialization of children.”

DalliCardillo said he decided to write the letter from the viewpoint of a parent.  Not only does he take pride in not missing his children’s games, but he is well-aware that many other parents express similar sentiments.

“I just happen to be in a position (as a high school administrator) where I know we can do things safely and efficiently if given the chance,” he wrote.

DalliCardillo made it clear that he has not gotten a response to his letter.  However, Gov. Murphy did recently express that he is open to allowing spectators at high school sporting events.

“The answer to the question about letting some folks in to watch the games, if the numbers continue to get better, I think the answer to that is, yes,” Murphy told the Asbury Park Press in January. He also suggested that families of senior athletes would be prioritized for attendance.

DalliCardillo said a plan for spectators could be developed following what the school did at last year’s graduation ceremony.

“We conducted health screens, temperature checks, and distributed a specific number of tickets (based on allowed spectator numbers), and we assigned seating,” DalliCardillo wrote. “We had total control of the crowd by assigning entry and exit routes (using different gates/entryways) and we communicated the plan with all spectators prior to arrival. It was a successful event that many people worked on for many hours/days. This could easily be adapted to accommodate gym space and capacity limits.”