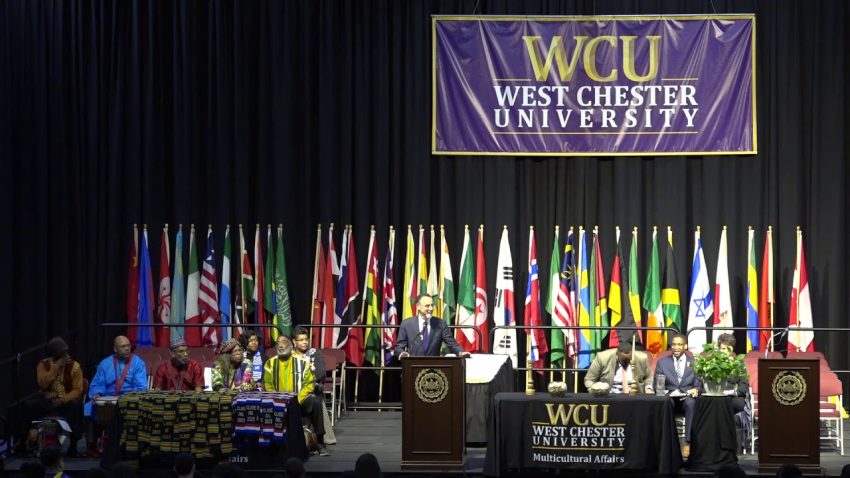 Temple University planned an inaugural graduation ceremony for multicultural students, but it was cancelled due to the Coronavirus outbreak.

“It is different from a university-wide ceremony because it is a celebration for our people, and it is embedded in African culture,” Hockaday said. “It is really bringing our people home.

Kente signifies your royalty and moving onto the next steps of your life.”

Hockaday was very surprised Temple did not have this “right of passage” ceremony.  Every year Temple University has large ceremonies for each college, as well as a campus wide graduation. These celebrations are full of cherry red and white pride, but for the first year ever, multicultural students had an opportunity to separately honor their roots.

“The key words that stood out to me were empowerment, community, and unity” Hockaday said. “Those words really signified what it would mean if it was brought to Temple.”

Although Temple University is seen as a progressive campus due to its values, diversity, and location in Philadelphia, it was behind in regards to this special ceremony. Luisa Maria Suarez is a Junior at Temple and immigrant from Colombia.

“I’m surprised we didn’t have it before this year,” Saurez said. “I’m the President of the Latinx Media Association, and I thought it would be nice to be celebrated in that way because I saw other universities have a similar ceremony.”

Hockaday also became inspired and educated about Kente ceremonies after researching other universities that held the ceremony.  Local schools such as West Chester and Ruetgers hold a similar ceremony and it plays a large role in graduating multicultural students’ lives.

Jairo Henao is a graduate of West Chester University and former Interim Associate Director at their Office of Multicultural Affairs. Henao has had the honor of experiencing Kente as not only a student, but also a faculty member who coordinated the university’s ceremony.

“A community celebration graduation is what I call it because you aren’t only there with the people who were there the 4 years with you, but you also have the presence of people who have received Kente in the past” Henao said.

Henao first participated at West Chester University’s Kente in 2007 as a Columbian and first generation graduate. He describes Kente as a very distinct experience from the normal graduation experience.  He details drums being played, African print as decoration, cultural rituals, and diverse speakers.

A Kente celebration at Temple University has been in the works since last April and required a great deal of planning and partnership. Hockaday worked closely with many student campus organizations and the Temple University Black Alumni Alliance (TUBAA).  He also discussed it with student leaders to gauge how it would be perceived.

“Students were really excited when I mentioned the ceremony,” Hockaday said. “It’s a time to celebrate as a community,” Hockaday said. Here at Temple university our Black community is so unified, but also diversified in its organizations and this is a way to bring it all home as one unit.”

Kente at West Chester University also began through student advocacy and Henao encourages Temple to collaborate with other schools that have a long history of holding the ceremony.  Additionally, Henao stresses the importance of intentional marketing to show a diverse range of underrepresented students to show this ceremony is for them also.

“Making sure that at least one individual from each group is present and represented is important for inclusivity,” Henao said.  “It’s important to use focus groups and reach out to different student organizations to figure out how to include them.”

The COVID-19 pandemic has caused universities to move to remote learning, and commencement ceremonies to be cancelled or postponed. This change in graduation celebrations has significantly impacted all graduates because it limits their opportunity to celebrate this big accomplishment.

“Students will still be able to be involved but it’s definitely limited to what the ceremony would have been without these circumstances” Hockaday said.

Although Kente cannot be celebrated in person, students at Temple are still able to feel proud of their accomplishment as a multicultural student.  Students will for the first year ever receive a traditional kente stole, a personalised message from TUBAA, an inspirational note from faculty and staff, and a promotional gift.  Kente ceremonies are deeply rooted in the community gathering, but to even receive an item that represents your culture still provides a sense of pride and joy for students.

“The stoles are very beautiful and I think it’s a moment of pride for graduates,” Suarez said. “A lot of these students didn’t have the easiest road to graduation, so I think they should be celebrated in that sense.”

Kente did not happen in 2020 for Temple students, but these steps taken by its organizers made Temple one step closer to breaking barriers. Hockaday believes this would take Temple to another level in regards to diversity and inclusion. It is in hopes that the class of 2021 will be able to enjoy this ceremony in person and for generations after, like universities such as West Chester.

“Temple is a lot bigger than West Chester University, I would hope it would be the pilot for other PWI universities that are of the same magnitude and size to think about having the ceremony as well” Henao said. “ Temple is a very diverse school, I think this is a great opportunity to show that there are so many diverse students who go through that school which is a win for both the university and community.”