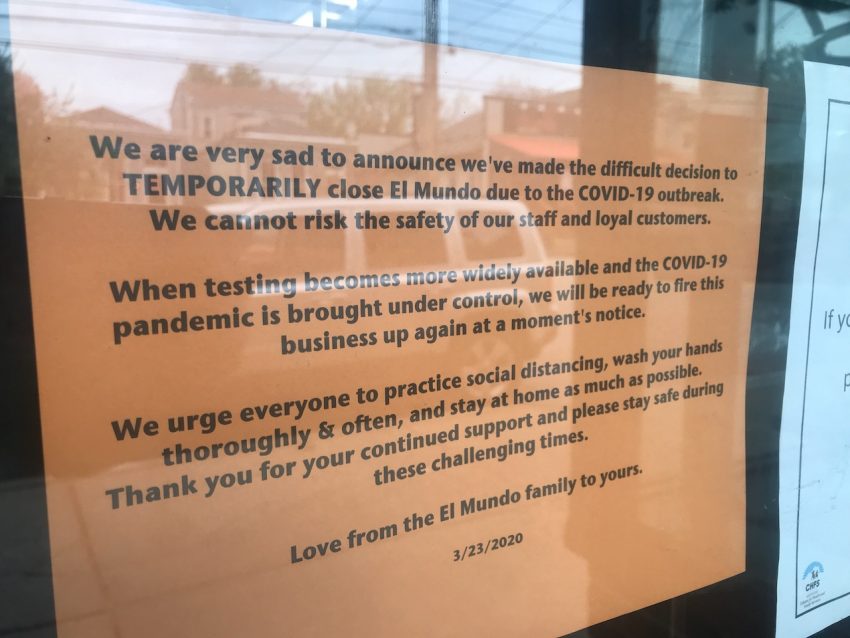 Louisville’s local restaurants and bars are struggling to stay open as people have stopped dining in while practicing social distancing.

Some national fast-food restaurants equipped with drive-thru windows have managed to weather the initial storm. But smaller restaurants that rely on customers dining in have faced an uphill battle, according to some local restaurant industry professionals.

“I don’t know how long we can keep doing this,” chef Brian Cunningham said. “We’ve cut the staff down to just a few people, and those who are working are putting in 12-hour shifts. This really isn’t sustainable.”

Cunningham, 34, is the executive chef at Blind Squirrel, an east Louisville restaurant and bar. Things were running smoothly until a few weeks ago when restrictions were put in place related to how restaurants in the area would be allowed to operate during the pandemic.

Like many restaurants, Cunningham said, Blind Squirrel depends on a steady flow of diners to keep the lights on. When people dine in, they are more likely to leave a tip and spend money at the bar. Both are critical to maintaining a profitable restaurant that can pay its employees a living wage.

“So much of what we do depends on the success of our bar,” Cunningham said. “And since we can’t serve martinis and old fashioneds to go, we’re really struggling to figure out ways to maintain business.”

As of last week however, about 90% of the $349 billion set aside for the Paycheck Protection Program had been allocated, though many business did not have their applications for assistance approved. The lack of federal support has left businesses who did not receive funding from the program with few options, forcing many to close their doors.

Restaurants like the Bristol Bar & Grille in the Highlands, and El Mundo in Crescent Hill, have not been able to stay open at all. After a week of trying to survive on carryout alone, both Louisville staples have had to close at least temporarily.

Nick Turner, 39, was a cook at El Mundo. He worked at the Mexican hotspot for almost a decade and said Monday he never thought something like this would happen. He lost his job last week when the restaurant had to close.

“People come to El Mundo for the margaritas and the outdoor space,” Turner said. “Now we can’t serve margaritas and people can’t enjoy the patio. I’m not surprised we had to close, but it doesn’t make it any easier. Working there was my life.”

The Bristol Bar & Grille is known for their extensive bourbon list and their late-night menu. But now, like El Mundo, they’ve been forced to close. The inability to sell alcohol was too big of a hurdle to overcome, according to bartender Clara Price.

Price, 25, said she knew almost immediately after hearing about the restrictions related to dining out that the Bristol would not be able to stay open. They just weren’t built for it.

“It’s not like we didn’t do takeout orders before all this,” Price said. “But that isn’t our business model. We need people to come in and sit down for an hour or two. We need them to be sitting at our bar. Takeout burgers just don’t cut it.”

Price is hoping things will return to normal sooner rather than later, but she isn’t holding her breath. She plans to file for unemployment later this week.

“I’m really hoping I haven’t poured my last drink as a bartender,” she said.