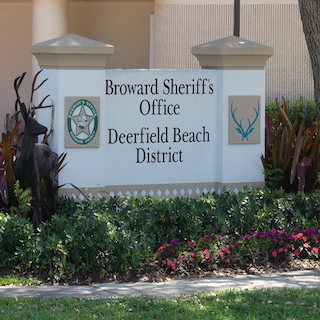 Police along the East Coast say they have seen a significant decrease in crime since social distancing practices began in early March.

The country began practicing social distancing to “flatten the curve” of COVID-19 in March, which closed schools, any non-essential businesses, and prohibited any large groups from gathering. As a result, the day-to-day routine people were used to has ceased.

With fewer people being out and about, officers say crime has decreased.

“Our job has gotten easier,” an Atlantic City police officer said on March 18 as he patrolled the boardwalk there.

Further down I-95, South Florida also has seen a drop in crime.

A spokesman for Broward County Sheriff’s office said in an email that the overall crime rate has fallen 31 percent since the beginning of March. Also, the county’s Department of Detention has seen a 10.6 percent decrease in inmate population amongst all jails.

Unfortunately, although the overall crime rate has decreased, cities are still experiencing crimes that even a pandemic can’t stop such as domestic violence and senseless shootings.

A March 24 article from the New York Times said, “the virus raises the stakes for domestic violence services across the country as they scramble to adapt to a patchwork of new government policies and restrictions that shift day by day and vary from state to state.”

On Monday in Philadelphia, a toddler, two teen girls and two women were shot at a birthday party for a man who had been shot just days before the party.

“Put the guns down or face the consequences,” Philadelphia Mayor Jim Kenney said in a press conference following the shootings, according to NBC 10.

According to New York Times, there has been over 6,600 deaths in the United States due to the coronavirus.

President Donald Trump has issued the stay-at-home order to be in place until April 30.