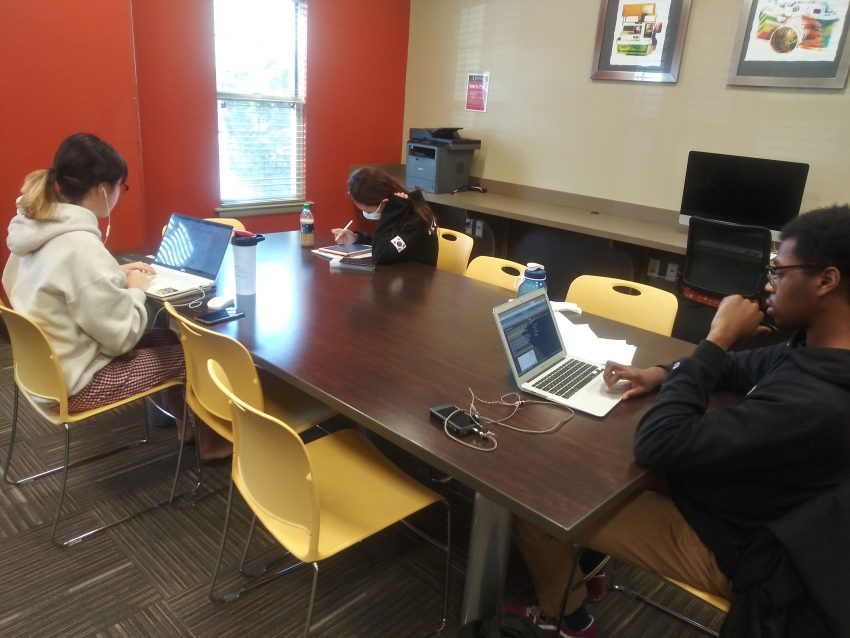 Universities in Pennsylvania and many other states have shifted instruction online, but students, including those at Temple University, say they have mixed feelings about this shift.

Universities have turned to Zoom and Canvas as online learning platforms. Students and some professors said they are familiar with these resources, though adapting to the new teaching methods remains a challenge for everyone.

Kenyahnah Moss, a physics major at Temple, said learning physics online for the first time was the most challenging part.

“My experience with online classes has been quite an adjustment,” Moss said, “especially with Zoom. It makes learning so much harder for my physics class. However, once I become used to it, I’m sure I will be okay.”

Sean Welch is a political science major. He left campus on March 16 to observe social distancing rules with his family in Montgomery County, the early epicenter of Pennsylvania’s outbreak, according to Gov. Tom Wolf.

For Welch, the challenge “wasn’t just the learning curve of online coursework,” but more than that.

“I found it very hard to concentrate,” Welch said. “I would stare at my computer screen and words just wouldn’t register. I mean, I’m a natural extrovert. I’ve loved classes all my life and have always been a model student. So, classes online, alongside simply not being able to interact with folks in general, has been really challenging.”

The other problem, Welch said, is the fact that teachers have not changed their evaluation deadlines which, according to him, does not help students.

“My teachers are using canvas,” Welch said. “They’ve done a very good job so far, but they all are sticking to the same deadlines, which I’m not sure if I can meet anymore. I just cannot focus on school, and everything seems so distant.”

David Villavalzo, a Ph.D. student in film and media and a Fulbright international student, said his challenge is that his lecturers have added more work because of the change.

Villavalzo who also has to care about his family back in Mexico said he hoped that professors would have thought about the context and been more lenient.

“They haven’t weighed the fact that life has gotten a little weird,” Villavalzo said. “We have to take care of ourselves as well. It would be good for professors to empathize with situation. I mean, I’m not complaining, I’m just saying that maybe they don’t have enough time to think about the other students who might be a little stressed about other things.”

Other professors say they have spent more time listening and adapted their methods to the needs of the students.

Chloe Bakalar, an assistant professor of political science, said she was “encouraged by students’ ability and willingness to adapt to the changes.”

“Once the scramble to get online reinterpretations of in-person courses up-and-running had abated and the newly-formatted classes kicked off last week,” Bakalar wrote in an email, “I was impressed by the flexibility, generosity and diligence of my students. Having opened a dialogue with them before the transition about what they would most want out of an online class; my students already had a good idea of what to expect. And so, when the new version of the course began, they were prepared and ready to learn.”

Kevin Arceneaux, a Temple professor of political science, said the challenge was less disruptive than what he had imagined.

“It took me a little extra effort to make sure that my PowerPoint slides did not depend on me being able to walk my students through something on the whiteboard,” Arceneaux wrote in an email.  “I also have the benefit of teaching a small graduate class where it is manageable for me to check in with everyone. Although I hear from my colleagues that the breakout function in Zoom seems to work fairly well.”

Arceneaux said he understands the challenges his students face and tries to help them the best way he can.

“I feel that I’ve been able to adapt,” he wrote. “My students are adapting as well, even though the recent turn of events has been incredibly hard on some of them—especially students whose family live in other countries. This aspect of the transition has been heartbreaking. It is harder to connect emotionally with a student in a virtual meeting than in a face-to-face one — to communicate that I’m here for them in whatever limited way a professor can be.”

Gina Ratermann Sharar is an English language teaching specialist who formerly worked at the US Department of State. She said she thinks that the quality of teaching is reduced since the shift of instruction to the online version.

On Friday, she posted an image on Facebook depicting a drawing of a horse, beginning in great detail at the beginning of the semester and fading into incoherence toward the end. Some of the comments in response to this post said it was an “accurate image of my experience teaching online,” and that teachers “need to learn the new way now.”