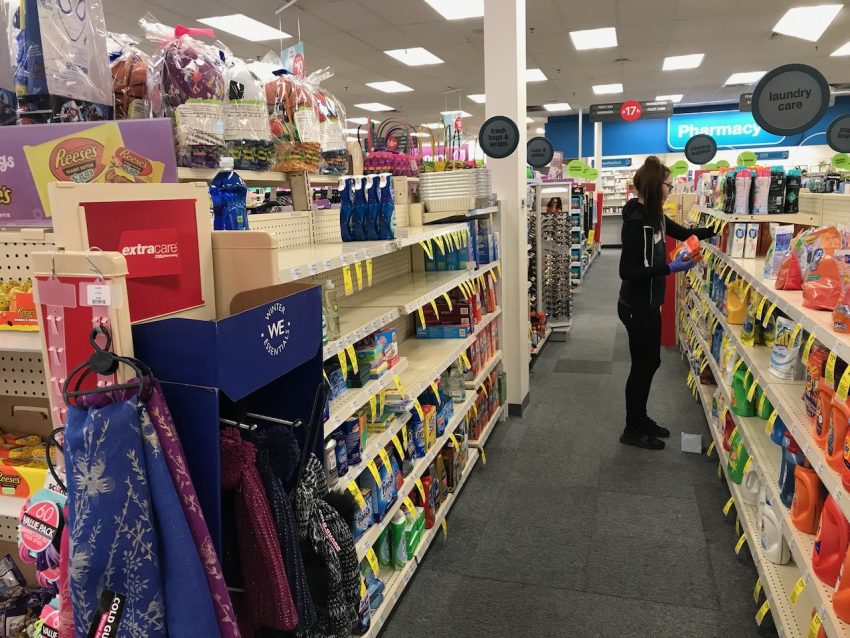 Workers at essential businesses like grocery stores and pharmacies say they find their
work environments stressful now that theirs are the only businesses open.

In Pennsylvania, Gov. Tom Wolf has ordered all businesses that aren’t “life-sustaining”
to close until further notice.

Stefanie Avery, 25, of Germantown, works at a pharmacy in the
Manayunk/Wissahickon area. Avery asked that the pharmacy not be named out of concern for
her job security.

“It’s hard to describe how stressful this has been,” Avery said. “Working in retail or customer
service can already be stressful because you’re always interacting with people and some are
more polite than others, but with the coronavirus stuff, everyone is on edge.”

Avery said the pharmacy where she works has struggled to keep certain items like toilet
paper, hand sanitizer, and disinfectant wipes on the shelves. When they do manage to restock,
these supplies are gone within minutes.

“I’ve never seen anything like it,” Avery said. “They aren’t paying us extra for this, or
really giving us much of a feeling of safety. We wear gloves and have sanitizer at the registers,
but I’m definitely worried about dealing with potentially sick people throughout the day.”

Avery said the one bit of good news during this pandemic is that she still has a job.

“I know plenty of people who work in the restaurant and service industry who have
already lost their jobs,” Avery said, “so I’m trying to stay positive.”

As of Friday, most Philadelphia pharmacies and grocery stores were operating on a
normal schedule. Some stores had altered their hours to allow seniors and those with disabilities
a chance to shop before the stores became too crowded.

Anna Gaines, 33, of Roxborough, works at a Whole Foods just outside of the city limits.
Gaines said the initial rush of people buying almost everything in the store is something she had
never seen in the year she has worked there. At times, the increase in customers and their
demands has been overwhelming.

“The number of people hoarding things like paper towels, milk, even onions, is insane,”
Gaines said. “It’s sometimes hard to believe that this is actually happening.”

Unlike Avery, Gaines said her employer has informed employees that they will see a
raise in their pay, but Gaines isn’t convinced that the bump in pay will sufficiently offset the
potential danger the workers face being in such close quarters with customers.

“I’m lucky because I’m usually in an area of the store that isn’t as busy as the rest, but I
still have to handle money and interact with customers,” Gaines said. “Some of them are
coughing or don’t look so healthy. It’s definitely concerning.”

Some customers at the Whole Foods where Gaines works said they understand the risks
workers are taking.

“We’re super appreciative of the work these people are doing,” said Jim Hale, 43, of
Lower Merion. “I’ve got two young kids at home and they need to eat. So, to have people willing
to show up for work in a time of need like this is commendable to say the least.”

Both Avery and Gaines wondered how long the pandemic would last.

“Hopefully in a couple weeks this will be over, and things will be back to normal,”
Gaines said. “Unfortunately, I don’t think that’s going to happen.”