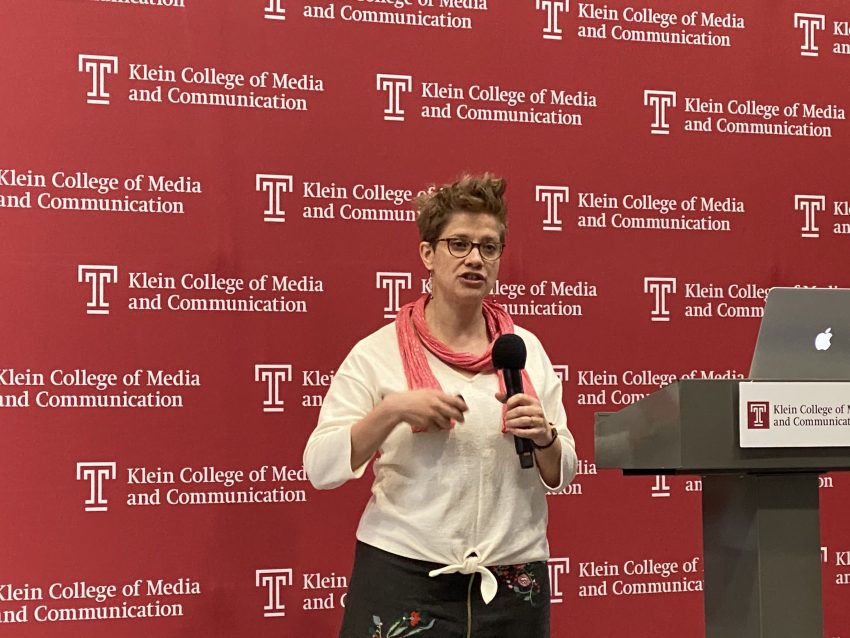 An American university researcher in a speech at Temple University on Tuesday explains how Nigeria’s great divide is being saved by globally represented TV show, Sesame Street.

Author Naomi Moland of American University spent time in Nigeria studying questions, “how do governments use media and education as forms of cultural diplomacy and soft power?” and “how are peacebuilding models exported and translated?”

Her inspiration?  The Nigerian children’s show, Sesame Square. With her research and findings, she wrote the book, “Can Big Bird Fight Terrorism?”

The show has over 30 localized versions and is broadcasted in more than 150 countries. All of the shows credit with “from the American people.”

The main characters of the Nigerian written show are Kami and Zobi. Kami is HIV positive and Zobi is the yam monster. Both characters names were carefully picked out to stand neutral for the religiously the divided country.

Even the name of the show, Sesame Square was chosen carefully to sound inclusive for viewers of different tribes in Nigeria.

“People asked why did we have to have the show in English, calling it Sesame Square, but again if they would have called the program in any of the (Nigerian) languages, or ethnic groups, the others would have said ‘oh that’s a Yoruba program that’s not for us,” explained Moland.

According to PBS, there are several major ethnic groups in Nigeria, who share different religious backgrounds.

The Yoruba are described as the most modern ethnic groups of Nigeria. They are accepting of religion and have lessened some religious conflict in places where Yoruba are the majority.

One of the key benefits she found in her research was that Sesame Square reaches large audiences with peace and tolerance messages. It also exposes audience to other people with whom they have limited contact with.

The arguments against the show was the possibility of stereotypical and reductive representations of the different tribes of Nigeria.

“Looking at the dilemmas and looking at some of my interviews, I talked a lot about costumes and if it was a good way to show diversity,” said Moland. “And one of the interviews I did, one of the creators said, showing the Hausa and Yoruba costume is all cute and nice but that’s not reality.”

The woman asked Moland if since she came to Nigeria, how many children has she seen in Nigerian attire. She explained that’s not what they wear. She thought it was way to ‘in your face’, way to ‘okay we’re wearing different attire, we’re different, we’re together, when thats not the reality.

Additionally, the messages of the show sounding one-way because of the impossible dialogue.

I thought Dr.Moland’s findings were very interesting. What I found particularly noteworthy was Dr.Moland’s point about television limiting the possibility of dialogue,” said Trevor Greiner. “The idea that tv can also push stereotypes and risks the further marginalization of others to be poignant as well. The lecture brought up points I would have never associated with television, especially Sesame Street.”

Sesame Street across the world has been trying to implement American values to teach children how to care for one another. This could be from respect to embracing differences.