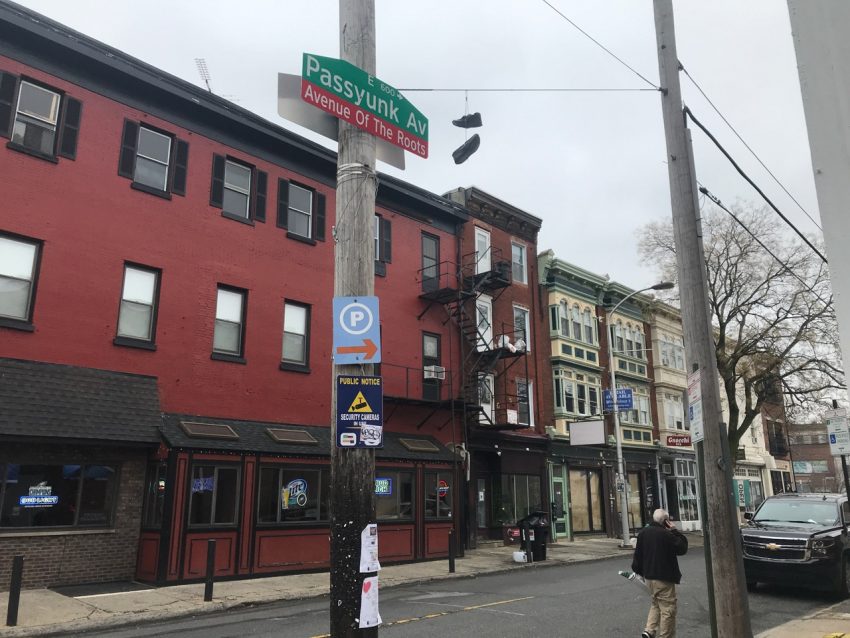 South Philadelphia residents said they feel a sense of pride now that a stretch of a neighborhood street was named after local band The Roots.

The 600 block of Passyunk Ave., between South Street and Bainbridge Street, has been renamed the “Avenue of The Roots” after the musical group. The Roots are currently the house band for “The Tonight Show Starring Jimmy Fallon”.

Victor Carmine, 51, of South Philly, said he doesn’t listen to The Roots’ music, but he was happy to see a local band get recognized for their achievements.

“I couldn’t name you one song of theirs,” Carmine said. “But anytime we have the chance to acknowledge the success of people from Philadelphia, I’m all for it.”

Chris Dalton, 27, of Bella Vista, has been listening to The Roots for more than a decade. He said the city made a good move in dedicating a section of the neighborhood where The Roots got their start.

“It’s dope to see the city take pride in its citizens,” Dalton said. “South Philly is a great place, and this makes it that much better.”

Councilmember Mark Squilla led the renaming effort, and the street signs changed over the weekend. He said in an email that work on the project had already been underway behind the scenes.

“We worked in tandem with the Streets Department to fabricate the signs,” Squilla said. “That is already taking place while we work through community support and the legislative process.”

Squilla’s resolution to rename the street provides a historical overview of the band and how they got their start.

The resolution was co-sponsored by Councilmembers Maria Quiñones-Sánchez, Cindy Bass, and Kenyatta Johnson.

Questlove, who is the band’s most recognizable member, wrote on Instagram that he was surprised to learn of the renaming.

Squilla said part of the motivation behind the name change was to inspire local youth.

“It is important to memorialize Philadelphia groups so that young musicians are encouraged to pursue their dreams,” Squilla said via email. “And that they know they can succeed like the Roots and others.”