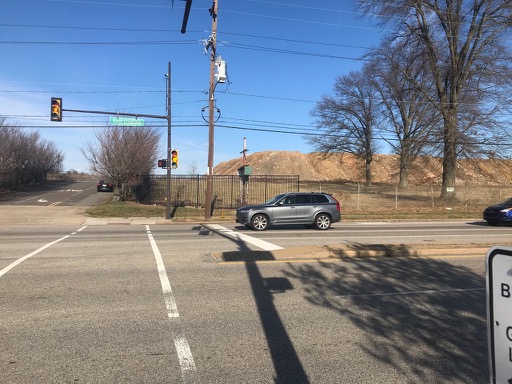 Community leaders are telling Bustleton and Somerton residents that UPS will soon move into the vacant property at 1 Red Lion Road.

Last week, an attorney for Commercial Development Company, Inc. told the heads of the Greater Buslteton Civic League and the Somerton Civic Association that UPS will occupy the parcel of land at 1 Red Lion Road.

Chris Bordelon, president of the SCA, said that many of the details surrounding the project are not concrete.

“It’s important to recognize that we’ve been provided with almost no affirmative facts,” Bordelon said. “Even the ones we have are subject to qualification. We learned that UPS is the prospective user of the site, but that’s been more or less assumed by everyone since last fall when the Inquirer published a story about it.”

Plans for the development and supplemental details like how the project will affect traffic and the environment are still being compiled, but what members of the community have heard so far concerns them.

“I don’t understand how they think they’re going to get all those trucks in and out of here without causing terrible traffic,” Ralph Littleton, 53, of Bustleton, said.

Littleton, who lives in an apartment complex down the road from the 1 Red Lion site, said the thought of 18-wheelers and delivery trucks coming and going all day and night is enough to make him consider moving.

“This is a residential area,” Littleton said. “We don’t need to bring in a giant shipping company right down the street. It doesn’t make sense for this area.”

Jack O’Hara, president of the GBCL, said he was not surprised when he was told UPS would be the tenant. He said there had been discussions about a warehouse being built on the property and that it would be related to e-commerce and shipping.

“It could have been Amazon or UPS,” O’Hara said. “We knew whatever they had planned would be big.”

Shonda Wells, 36, of Bustleton, is worried that UPS moving to the neighborhood would cause major traffic issues.

“There are schools all around here,” Wells said. “We have kids out here coming home from school and playing outside. I really don’t think a bunch of trucks coming and going is what’s best.”

O’Hara said his main concern is the project’s size.

“We’re not anti-business or anti-development,” O’Hara said. “There is plenty of other commercial industry in the area. It’s really about the size of the project. It’s just too big.”

The number of trucks that would constantly be in and out of the area was also a worry for O’Hara.

“You don’t have to be an engineer to see that this project is just too big,” O’Hara said. “Too many trucks. The roads around here are already plenty busy.”

“They (UPS) told the Northeast Times that a traffic study is underway, but that they have no results to share, so we don’t know what, if any, changes they propose to make to roads and intersections.”