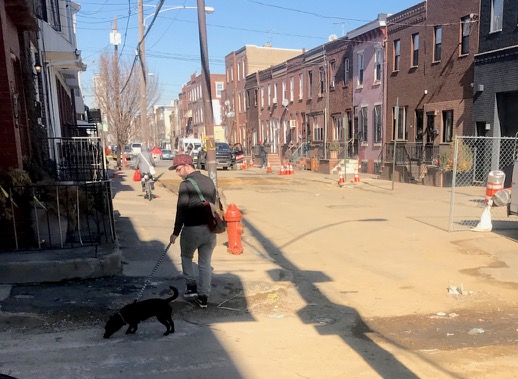 South Philadelphia residents said they have more questions than answers a month after a deadly explosion rocked the 1400 block of South Eighth Street.

The explosion killed two people and left dozens without a home one week before Christmas.  Without clarification from the city, rumors began to spread about the potential cause of the disaster.

Mike Seccia owns Cosmi’s Deli, which is located one block down from the site of the blast. He said multiple theories were discussed between residents of the area.

Philadelphia officials announced last week that a gas leak had been the cause of the blast. A leak in an old cast iron pipe had led to a gas buildup that eventually ignited.

That answer was troubling for people living on and around the 1400 block.

Frances DeSimone has lived in the area for 30 years. The morning of the explosion, she didn’t know what caused her house to shake. Almost immediately afterward, she went outside and could smell gas.

“It was terrifying,” DiSimone said. “I could see the big cloud of smoke and the fire. It was really awful. Am I going to be safe living here? Do I need to evacuate? No one told me anything.”

DiSimone said she wanted to know what caused the deaths of her two neighbors and the destruction of their homes.

“All they gave us was a piece of paper that said there was a gas leak,” DiSimone said. “It’s so impersonal.  They didn’t tell us if we should be worried it could happen again, nothing.  Just a couple sentences.”

Frances’ son, Martie Rosado, said he was equally frustrated by the lack of answers the City provided.

“It’s not really surprising,” Rosado said. “It took them two years to fill a giant pothole on this street, so why would they care about giving us answers about this? Mayor Kenney doesn’t care about the people down here.”

In an email Friday, city spokeswoman Kelly Cofrancisco said the city cannot comment on specific details about the investigation in order to maintain its integrity.  She also said city officials would be meeting with area residents in person in the coming weeks.

“The safety of our residents and the reliability of our infrastructure is of the utmost priority for the city,” Cofrancisco said in the email. “Both PWD and PGW have extensive capital plans to continue to inspect and modernize its infrastructure.”

This is not the first time Philadelphia residents have felt the local government did not provide them with enough information following a disaster.  Last week, an investigation conducted by NBC News, E&E News, and The Investigative Reporting Workshop revealed city officials did not disclose information about a cancer-causing chemical that was released after the Philadelphia Energy Solutions refinery explosion.

Chris Blondell, whose boyfriend lives on the 1300 block of South Eighth Street, said area residents don’t have much faith in the city to do the right thing.

“It doesn’t seem like keeping us informed is a priority of theirs,” Blondell said.