I was born and raised in the state of New York.  Usually when I say that, most people automatically think: New York City!  It may come as a surprise, but while NYC is a pretty cool place, there’s something like 60% of the state that does not live in the City.

So, I am from Upstate New York, Rochester to be specific.  Rochester was a 19th-century boomtown that popped up along the Genesee River Valley (fun fact: she flows north just like the Nile!) and along the southern shores of Lake Ontario.

Born in Virginia, apart of the militia in North Carolina during the Revolutionary War, and a land speculator associated with William Fitzhugh and Charles Carroll, Rochester started a settlement, Rochesterville (he put a lot of thought into that one) in the New York frontier in 1811.  Rochesterville had potential for settlement because the Genesee had a series of cataracts, the Upper and Lower Falls, that could be harnessed for water power.  Beginning in 1817, the construction of the Erie Canal began to connect the Hudson River to the Great Lakes.  Rochester, the man, convinced the powers that be that his town should be one of the stops along its route.

By 1823, the canal stretched from Albany to Rochesterville, with the aqueduct routes straddling the mighty Genesee.  Due to shipping that the canal brought to the region and Rocherville’s beneficial natural environment, it became a successful milltown.  By 1834, the town’s population had grown so large that it was re-chartered as a city. Thus, Rochester, the Flour City, was born… reborn?

However, as they say, “time and tide wait for no man,” and the city of Rochester was no exception.  The advent of railroads quickly surpassed the canal as an effective form of transportation.  During the early 20th century, it was rerouted south of the city and the original aqueduct was paved over as Broad Street.  Unfortunately, this meant that “The Young Lion of the West,” could no longer go by its moniker as the “Flour City” so they changed to the “Flower City” due to the nurseries that grew there (the plant kind not the baby kind).

(here is somebody who has something to say about it http://postrochester.com/flower-city-logo/)

The “Flower City” moniker seems to have stuck and has become wildly popular with residents as a tattoo (have not gotten one, plans are in progress… I hear some local venues give food and drink discounts to the initiated).

But, Rochester is so much more than flour and flowers.  Here are just a few other things that my home town is known for:

In 1847, Frederick Douglass founded The North Star, published out of the Talman Building.  Douglas, a former slave, had escaped to the North like so many others and became an intellectual supporter of abolition and equality.  The North Star was named after the astronomical signpost used by the Underground Railroad that was meant to guide the opressed out of bonadage and to their freedom.  As the Fugitive Slave Acts became more stringent in the 1850s, the North became a less secure refuge for former slaves and they were forced to continue on to Canada, in theory out of reach of the jurisdiction of the laws that failed to uphold our founders’ ideals… or rather the laws that upheld our founders’ ideals that failed to live up to the concepts of the land of freedom for all and the home of the brave enough to accept all.

Although not originally from our fair city, Rochester claims Susan B. Anthony as one of our historical residents as well.  Ms. Anthony is one of the more famous advocates for women’s suffrage, temperance, and abolition.  In an attempt to reform our country’s misplaced concepts around rights and liberties, she was arrested for attempting to vote in Rochester in 1872 during the Presidential Election (the audacity!… you go girl!).  The house that she lived in for decades was made into a National Historical Landmark in 1945 and is open to the public as one of the many fabulous museums that you can visit in Rochester (sad to say, I have never been… I should probably get on that).

Probably one of the more famous residents that our city has had is George Eastman, the founder of the Eastman Kodak Company.  Mr. Eastman was a giant in the film industry having patented film in roll form in 1884.  His production of film and the subsequent development of personal cameras had a global impact of the growth of photography and motion pictures throughout the 20th century.

There was a time, not too long ago, that you could not throw a rock in Rochester without hitting someone who either worked for Kodak or had a dozen friends and relatives that also worked for Kodak.  There is an old joke in Rochester that the worst four letter f-word you could say in our city was “Fuji” which was the primary Japanese competitor for Kodak in the global film game.

Despite being involved in the invention of digital capture technology in the 1970s, Kodak’s largest blunder was to fail to see that digital technology would eventually eclipse the film industry.  I am told  by former employees that Kodak played some role in the development of the 3M company (ever used adhesive tape before?) and even the invention of cds and dvds.   Had they foreseen the Computer Age, this company probably would have been bigger than Apple and Google today.  Unfortunately for the local economy, they did not.

We are also known for a neighborhood grocery store founded in 1916 which has since grown into an East Coast behemoth: Wegmans!  When I was growing up, there was only one store that you shopped at, and it catered to bring customers the best of local produce at reasonable prices.  Since then, the chain has expanded throughout several regions of the country and has evolved into megastores aimed at providing upscale groceries and a plethora of prepared foods for the consumer on the go.  Love them or hate them, Wegmans is a Rochester institution that seems to be here to stay (take that Whole Foods and Trader Joe’s!). 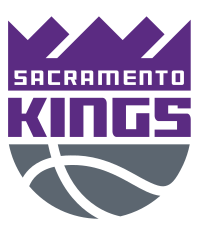 Interesting fact: the Sacramento Kings originated in Rochester, New York as the semi-professional Seagrams from 1923-1942 before joining the National Basketball League as the Royals in 1945.  They followed on to the Basketball Association of America in 1948, and even won the NBA championship in 1951.

One other local peculiarity that Rochester is known for is the Garbage Plate.  That is right, you read that correctly, it says “garbage” followed by the word “plate.”  And before you ask, yes it is food.  While Buffalo may have the chicken wing, Rochester has Nick Tahou Hots and their infamous Garbage Plates.  The dish starts with a base of home fries and macaroni salad, baked beans are optional.  On top of that is placed two pieces of meat (hamburger, cheeseburger, white hot, red hot, or a combination).  The whole thing is then dressed with onions, mustard and hot sauce (something between traditional cayenne hot sauce and chili).  It is extremely unhealthy, extremely delicious, and is unique in inspiring simultaneous joy and regret.

Ok, so this is supposed to be a blog about doing professional historical work… or it might be more accurate to describe this as the insane ramblings of an amatuer writer attempting to do professional historical work.  After all, there is a fair to good chance that with all that the internet has to offer, nobody has found this site and I am yelling into the proverbial void (cat videos, free, new, life hack, pornography… hopefully that gets those search engine algorithms looking my way).

Really, this is supposed to be a space in which I can practice writing so that the research that I perform can get turned into something that publishers will actually want rather than be used to line dog pens.  Which might sound a bit narcissistic and self-serving but the internets have allowed us to create the Information Age version of the Republic of Letters.  I may have something to say that will add to human history (sure, keep telling yourself that!), but more importantly, others do.  If I am going to be a professional historian, I need to network with other people in the field (which of you history nerds wants to be my friends?).

I joke, but really I want other historians and general public to see want I am doing in case I screw up.  I have not read every source, visited every archive, and handled every  artifact of our collective past… and even if I had, I am still human (what!?) which means I have my own little opinions that tend to scuttle around my brain like a cave-dwelling monster petting a ring (Tolkien references for $1000 please Alex). Which is all great, grand and wonderful but history grows and changes with each passing day and our understanding of it hopefully changes as well.

So, this is me, putting myself and my work out there, for all to see.  Hopefully, you will find it insightful… even entertaining if I do this correctly.  If you like it, maybe you tell your friends… If you don’t like it, maybe you give me some pointers.  I’d like to think that I know what I am doing, but I may be wrong.  Let’s start a conversation, let’s have a discourse, let’s build history together… but first, let me finish!