In 1969 the United States was in the throes of the War in Vietnam. Initially as national security advisor to President Richard M. Nixon, and after 1973 as Nixon’s and Gerald Ford’s secretary of state, Henry Kissinger, confronted by what he perceived as the erosion of U.S. power and credibility produced by the Vietnam War, sought to redesign the architecture of the international system for the purpose of cementing America’s role as the fulcrum of the global balance of power. His means to this end was “Triangular Diplomacy.” In 1971 Kissinger initiated secret talks with adversarial regimes in both Moscow and Beijing. His goal was simultaneously to achieve détente with the Soviets and rapproachement with the Chinese–the prerequisites for what he defined as systemic “equilibrium.”

Multiple historians have argued, nevertheless, that Kissinger’s did not behave equally toward the two powers. Rather, his chief priority was the containment of the Soviet Union, which he assessed as the gravest threat to the United States, its vital allies, and international stability. As a consequence, he pursued a “tacit” Sino-American alliance capable of thwarting Kremlin adventurism even as it provided the United States with additional leverage to influence Soviet behavior. In his memoirs Kissinger categorically denies this allegation, claiming that he was careful to avoid “tilting” toward either Communist behemoth.

Because of the secrecy with which Kissinger conducted his diplomacy, and because he manipulated the disposition of his public as well as personal archives successfully (at least initially) in order to prevent scholars from accessing them, the denial appearing in his  memoirs remained invulnerable to rigorous challenge for decades. But that condition changed dramatically when William Burr of the National Security Archive published the declassified transcripts of Kissinger’s talks with the Chinese and the Soviets. Thus for the first time historians had available to them evidence to evaluate the charge that within the framework of his triangular diplomacy, Kissinger tilted toward Beijing.

You are about to become such a historian. Building on the experience you have gained in writing your op ed essays, in 15-20 double-spaced pages exploit evidence you cull from the documents reproduced in Burr’s The Kissinger Transcripts (note that, as I have noted on the required readings page, you should order this book through and online vendor), and others subsequently released by the National Security Archive available on the course syllabus (“Arrogance of Power” unit or elsewhere online. e.g., http://nsarchive.gwu.edu/nsa/publications/DOC_readers/kissinger/docs/), to support or reject the argument that Henry Kissinger covertly sought an anti-Soviet Sino-American alliance rather than merely Sino-American rapproachement. (feel free of course to take advantage of any other evidence that you can identify and locate so long as you cite it. I recommend in particular the relevant volumes in the Foreign Relations of the United States (FRUS) series, which is available online through the U.S. State Department Office of the Historian’s website ( http://history.state.gov/historicaldocuments), Paley Library, and the History Department’s Graduate Lounge on the 9th floor of Gladfelter Hall (next to the Weigley Room, Gladfelter 914).

In the introduction to your paper, moreover, you should cite at least two scholarly articles which you should find without my assistance) that argue that Kissinger did or did not seek a tacit Sino-American alliance . Summarize the argument(s) and the evidence that these sources use as support for it, and explicitly articulate why your evidence provides robust evidence confirming the argument(s) in this secondary source — or disconfirming it (them).  Put another way, initiate a conversation or dialogue with the authors of these secondary sources. Do not hesitate to discuss your progress with me as often as you find it beneficial.

You must cite each source on which you base both your narrative and your argument. I prefer endnotes to footnotes, and you should follow the guidelines in the Chicago Manual of Style. Available in the reference section of Paley Library and online at (http://libproxy.temple.edu/login?url=http://www.chicagomanualofstyle.org)

Of course you should already be familiar with CMS as a result of your op ed essay exercises; the manual explains and illustrates the stylistic conventions used by historians. By learning these conventions now you will gain valuable experience in producing scholarship. What is more, I expect your paper to be free of all mistakes in grammar, punctuation, and syntax; a model of coherence, logic, clarity, and fluidity; and a joy to read. 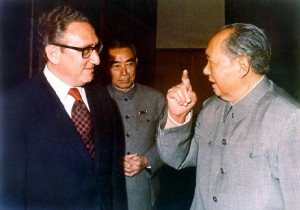