The Versailles Treaty concluding World War I represented a tragic defeat for Woodrow Wilson. He failed both to steer the United States toward an irrevocable commitment to global engagement and to establish and institutionalize a new framework and set of norms for the international order based on U.S. values and leadership. The attack on the United States by a foreign aggressor in December 1941 and America’s participation in an Allied coalition during the Second World War, however, confirmed for the vast majority within the policymaking and informed public communities the foresight of Wilson’s policies.

In response to this lesson learned, when the United States emerged from the rubble of World War II with predominant economic and military power, Washington seized this “second chance” to wield this power for the purpose of constructing the international environment that Wilson had prescribed: a Wilsonian world. Notwithstanding the vicissitudes inherent in historical evolution and the intent of each president to stamp his (some day her?) personal imprimatur on the foreign policies of his administration, this effort has remained the cornerstone of U.S. foreign policy ever since. The tragic events of 911 and their aftermath, including the wars in Iraq, Afghanistan, and beyond, exacerbated by the post-2008 global economic crisis, add urgency to that effort even as the evidence accumulates of contemporary America’s anti-Wilsonian proclivities.

This course traces the ebb and flow of America’s pursuit of a Wilsonian World. It begins with the consequences of America’s “Rendezvous with Destiny”: the diplomacy of World War II and Franklin Roosevelt’s vision of “Open Spheres” patrolled by “Four Policemen.” Subsequent to Roosevelt’s death and the war’s abrupt and violent termination, the ideal of multilateral cooperation rapidly gave way to bipolar competition; in other words, the Cold War. From Truman to Johnson, the United States waged the Cold War relentlessly. The ever-increasing reliance on nuclear weapons with ever-increasing megatonnage did not produce Armageddon, as many feared. But it did produce stalemate in Korea, fiasco and crisis in Cuba, and quagmire in Vietnam, among its spectrum of outcomes. Nixon’s solution to the nuclear predicament was to count on Mutually Assured Destruction (M.A.D.), Strategic Arms Limitation (SALT) and Detente to deter war and promote stability. Reagan tried to escape the predicament by imagining “Star Wars.” Then the sudden end to the Cold War caught everyone by surprise. As attested to by George H. W. Bush’s rhetorical “New World Order” and the inchoate efforts of Bill Clinton to “enlarge” global democracy and promote free market economies, a rudderless policymaking community in Washington could find no one to whom to turn other than–Woodrow Wilson. Some have even described the crusading impulses of the George W. Bush administration as Wisonianism on steroids. The mantra for Barack Obama’s campaign for the presidency was “Change We Can Believe In.” In terms of foreign policy, however, some argue that his presidency has produced primarily more of the same, while others commend him for exercising restraint and “doing no harm”. 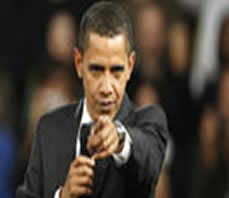 It is far too early to draw confident judgments about the foreign policies of George W. Bush let alone Barack Obama. Nevertheless, the current evidence–ranging from the litany of external and internal problems Bush bequeathed to Obama to the global anti-Americanism his administration generated–is that history will not treat him kindly. What is clear, moreover, is that that across all recent administrations we can detect a notable gap between rhetoric and behavior. Despite Bush’s disparagement of so many Wilsonian precepts during his campaign for the presidency, for example, he committed the United States more deeply to nation-building than even did John F. Kennedy, and he waged war on Iraq for reasons that included and went beyond “making the world safe for democracy.” Conversely, by bypassing the UN Security Council in order to launch a preemptive (in contrast to preventive) attack on Iraq and sanctioning “extraordinary rendition” the Bush administration manifested little concern for the principles of collective security, multilateralism, and the norms of international law that form the core of Wilsonianism. Obama, who so stridently criticized Bush for undermining American ideals by operating “beyond the law,” has only marginally conducted his administration differently. Yet his administration’s greatest success–punctuated by the killing of Osama bin Laden and the overthrow (and killing) of Muammar Gaddafi, have come in the realm of foreign policy. What effect these interrelated and contradictory phenomena will have on the foundations and future direction of U.S. foreign relations remains to be determined. This course will seek to answer this question even as Obama’s successor emerges from  the rubble of this election. 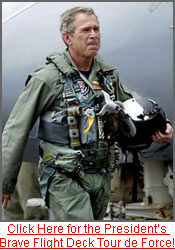 Overlaying this narrative history are multiple interdependent themes the course will explore. They include the interplay between individual actors and broad national and international forces; the political economy of national security; the tension between America’s idealistic impulses and the perceived need to behave “realistically” in a frequently hostile environment; the impact of domestic (political, economic, cultural, ideological, and psychological) influences on foreign policy; the emergence of bipolarism and Soviet-American antagonism; the challenge to bipolarism posed by the global south and regional disputes; atomic diplomacy and the balance of terror; “existential deterrence” and arms limitation; crisis management and avoidance; the end of the Cold War and its implications for America’s “unilateral moment,” the “Clash of Civilizations,” and more; the relationship between intelligence collection, assessment, and policy formation; and, finally (gasp), the challenges confronting the United States as it seeks to manage its contemporary empire by concurrently institutionalizing its global military and (declining) economic supremacy, retaining the allegiance of its allies, punishing the “evil-doers,” brokering regional disputes, building states and societies (and rebuilding failed ones), constructing defenses against all forms of weapons of mass destruction, waging a war on ill-defined non-state actors (i.e., terrorists), and somehow living internationally within its (again declining) means. In short, this course examines war, peace, stability, and everything in between. 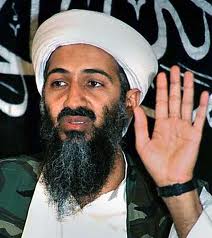 The assigned readings reflect an array of interpretations and approaches to the study of the history of U.S. foreign policy. My idiosyncratic style of interspersing discussion and lectures will allow (compel) you to contribute your voice to so many continuing debates even as you dissect the evidence (documents, etc.) that drive those debates. And writing assignments (op ed essays as well as exams and the final paper) will provide you with the opportunity to strut your own stuff. So what is my expectation? That you will learn, you will question, you will argue, and you will have lots and lots of fun.