Hi All! I wanted to share the data that I downloaded to R, how I cleaned it and a quick map that I made based on the choropleth lab to test everything. A quick overview though, I am using a dataset from the EPA that discusses the amounts of specific chemicals in the air by county in the US. In addition to this, there is also a significant amount of population data. I felt that this really made it a well rounded set to use. As a note, the state map portion came from the ACS data that was imported prior in class.

Cut down columns (there were well over 200 when it was originally downloaded with all kinds of chemicals and contaminants that I didn’t know well enough to use):

Rename columns to something less annoying and faster to type:

At this point I was working on taking the data out of the ln form but decided to wait for the time being so I didn’t have a series of extremely small numbers. But if I were to do that at some point the base code would be:

Create classes that can be used to map some preliminary images to make sure that the data uploaded correctly:

Create choropleth maps (because this is from the choropleth lab I won’t get to in-depth with the steps): 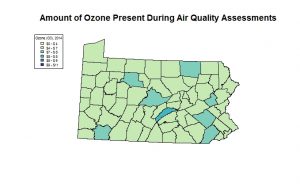 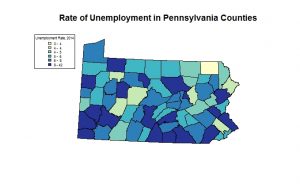 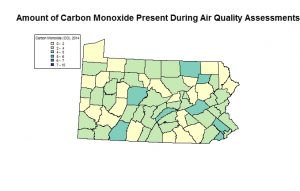