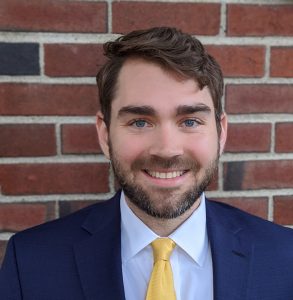 I am a historian of modern Germany. I specialize in the Federal Republic’s shaping and leveraging of the transatlantic political, economic, and security structures during and after the Cold War, as well as the history of air power and aviation during the twentieth and twenty-first centuries. I had the distinction of working as a Summer Associate at the RAND Corporation, where I worked as the dedicated historian on an analytical research project for the United States Air Force. Previously, I served as a as a Guggenheim Research Fellow at the Smithsonian National Air and Space Museum and  a J. William Fulbright Scholar in Germany at the Albert-Ludwigs-Universität Freiburg.

My dissertation articulates how the West German government strategically employed its acquisition of the Lockheed F-104G Starfighter to achieve long- term goals of ascending to military, political, and economic hegemony among NATO’s European member states. The traditional narrative surrounding the Starfighter’s service with the Luftwaffe has focused on the high pilot mortality rate that dogged its early operational years and the uncovering of a bribery scandal in 1976 between Lockheed and high-ranking members of the West German Defense Ministry at the time of its acquisition in 1959. I instead argue that the Starfighter’s legacy in Luftwaffe service represents a long-term success that allowed West Germany to leverage a role of normalized leadership within a decade of joining NATO, boost its moribund aviation sector, and lay the groundwork for Bonn to lead the development of contemporary multinational projects like the Panavia Tornado and Eurofighter Typhoon.

To that end, my work flips the narrative that German militarism was muzzled through its integration within NATO. Rather, I argue that the West German Defense Ministry and Luftwaffe strategically utilized this perception of benignity to articulate a new brand of German military, political, and defense-industrial hegemony tied intrinsically to multinational cooperation and consortium building.

I earned my MA in international security and diplomacy from Georgetown University’s Edmund A. Walsh School of Foreign Service. I earned my B.A. from the Ohio State University with a double-major in history and German. One of my major professional goals is to strike a balance between these two disciplines and develop a more assertive historical perspective into the analysis of contemporary events and international affairs.