Catching up with our 2009 alumnus Anthony DeFusco 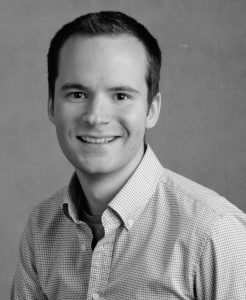 After earning his undergraduate degree at Temple University Magna cum Laude in economics and mathematics in 2009, Anthony DeFusco went on to earn his Ph.D. from the Wharton School of the University of Pennsylvania and then went on to become an Associate Professor of Finance at the Kellogg School of Management of Northwestern University. We in the department of economics have been following his career happily and we were elated to learn in early January that his paper “Homeowner Borrowing and Housing Collateral: New Evidence from Expiring Price Controls”, Journal of Finance, 73(2), 523-573, 2018, won the Brattle Group Prize for 2018: First Prize Paper. We thought we’d reach out to Anthony and our Freshman economics major Kaitlin Flynn conducted an interview with Anthony via email. Enjoy reading it:

I graduated from Temple knowing that I wanted to go into academia as a professor, but was not completely sure what field within economics that I wanted to concentrate on. I knew that I had a very strong interest in applied microeconomics generally but could have easily seen myself studying finance, public economics, labor economics, or urban economics. It wasn’t until later that I narrowed in on exactly what I wanted to focus my research on.

My most significant research experience at Temple was during the time I spent as a research assistant at the Philly Fed between my junior and senior years. I was involved in several research projects on the mortgage market while I was there. This was during the height of the financial crisis and played a big role in stoking my interest in housing and mortgage markets.

The main goal of this particular project was to try to understand the mechanisms underlying the well-known correlation between rising house prices and rising household debt. This was a major topic of concern during the run-up to the 2009 financial crisis, which featured both rapidly rising house prices and unprecedented increases in household borrowing. The paper tries to understand why homeowners tend to borrow so much when the value of the house goes up. Generally speaking, there are two reasons why households would borrow more in response to rising house prices. The first is what’s known as the “wealth effect,” which is just the idea that when the value of your house increases you are in some sense “richer” and would like to borrow against that new wealth. The second explanation, which is the focus of my paper, is the “collateral effect.” This is the idea that even if we were to fix how much you want to borrow, an increase in the value of your house may lead to more borrowing simply because it increases the amount you are able to borrow. These two effects are very hard to tease apart empirically, and my paper is all about trying to understand the importance of the latter effect. The results I find suggest that collateral effects are a quantitatively very important part of the reason why household borrowing tends to rise with house prices.

This is a topic I had sort of been interested in since my internship at the Philly Fed, but didn’t really start working on actively until late in graduate school. I knew it was a hard question to answer and didn’t really have a good idea of how to go about doing that until I came across the particular “natural experiment” that I exploit in the paper well into my graduate studies. However, I had been involved in some other papers that use the same data prior to starting this one so once I had a sense of how I wanted to answer this question, I was able to get to work on it right away.

I think one of the things that comes out of my research as well as a lot of the other recent work in this area is a cautionary tale about the potential dangers of taking on too much debt. While credit markets and the ability to borrow are crucial parts of a well-functioning economy, it is also true that the most severe economic downturns and financial crisis are almost always accompanied by large run-ups in household debt. If households take on more debt than they can sustain in the long run this can be bad both for them individually and also for the broader macroeconomy.

I would say that my interests are broadly in the area of household finance which includes the housing and mortgage markets but also encompasses all other aspects of household financial decision-making. I’ve studied the housing and mortgage markets a lot in part because they are the largest components of the household balance sheet and also because I have a lot of institutional knowledge in those areas. Going forward, I expect my work to continue to have a housing focus, but it is very likely that I will also study topics outside of that specific area.

I think the most important courses for setting me up for success as an economist were my core econ classes as well as some classes in econometrics and statistics. I took Principles of Micro with Andy Buck and Intermediate Micro with Bill Stull. Both of them were phenomenal teachers who did a great job laying out the intuition of economics in a way that was both interesting and accessible. I also remember really enjoying Dimitrios Diamantaras’s elective course on information economics. I was a double major in math, which was also very important for preparing me for graduate school. Performing well in classes on real analysis, calculus, differential equations, and linear algebra are all pretty much prerequisites for getting into a good PhD program in economics.

I think the most important advice I could give is to try to think hard very early on about what you might want to do after graduating. Temple has a lot of amazing resources that can definitely help set you up for success, but you need to make sure to actively seek out and take advantage of those resources. This requires having somewhat of a plan. For example, you don’t want to find yourself in your senior year wanting to go to graduate school but not having taken any of the math courses necessary to get in or not having had any research experience. The same goes for getting a good job in industry. If you have a sense of what you want to do early on (and this can change over time), then you will know which summer internships might be worth seeking out and you can take the proactive steps needed to secure those internships.