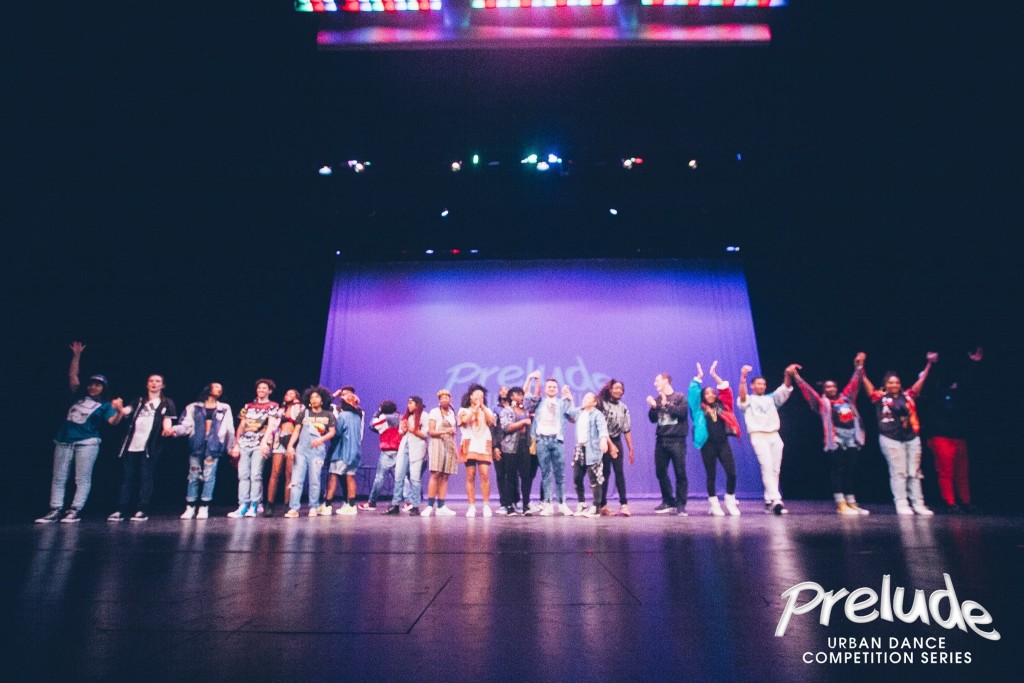 This past Sunday, D2D: Dare to Dance, Temple University’s dance company, hosted Prelude, an urban dance competition and dance battle that tours to cities across the country to showcase regional dance groups and strengthen the dance community. The #90sandChill themed competition was filled with passion, artistry and fun.

The house was full at the Kurtz Center for the Arts at William Penn Charter School in Philadelphia and radiated with positive energy. First in the competition was the dance battle, judged by Dinita “Princess Di” Clark, D2D’s co-founder Béa Martin, and Academy of Phresh’s leader, “Smart Mark.” Dancers circled the battle with shouts and leaps of encouragement for both battlers, while family and friends joined in from the audience, giving the battle an inviting feel. The battle advanced to the top 8, top 4 and then top 2 against So You Think You Can Dance’s Virgil Gadson and Kidd. From razor-sharp angulations to arms being pulled out of the socket to back flips, ticks and clicks, these battles gave dancers the chance to express themselves as a dancer and a creator.

Next was the dance competition, which consisted of about nine dance groups from the north coast that performed various styles of hip-hop. The diverse range of ages, gender and body types in the competition were pleasing to see. The crowd favorite was a local group called Academy of Phresh, who performed an entertaining routine that involved headlamps, a “Straight Outta Philly” sign, and young dancers grooving for their life. The dancer’s raw movement brought out their personalities that beamed with a love of dance.

Last in the program to perform was D2D themselves. The crew raced onstage with smiles, laughter and energy, looking like they just walked out of a 90’s fashion magazine. The 90’s theme continued as D2D danced to a mash-up of throwback hits featuring artists like Busta Rhymes and Notorious BIG. D2D danced with synchronicity, heart and a genuine family connection. The classic songs got the crowd up on their feet dancing and spreading the love.

Danzel Thompson-Stout and Béa Martin founded D2D in 2012 at Temple University. Now, both Temple graduates and working artists in Philly, they continue to serve as a father and mother figure for the crew.

D2D members completely ran the competition. Frankie Markocki, a third year D2D member and dance major, worked as stage manager for the competition. Other members worked tirelessly on piecing together the competition, from contacting the teams, acquiring a theater, deciding the creative design, all while managing their own performances. The smiles that beamed on every D2D member’s face clearly displayed Prelude’s success.

D2D members and alumni have recently been certified in Umfundalai, traveled to Florida for an event called The Thesis, and are working dancers and choreographers in the field. The 29 current members study a range of fields from business to communications to dance. Béa Martin recently graduated with a degree in neuroscience.

D2D has also competed at Battle on Broad, where they won 1st place, and World of Dance.

Mark your calendars for April 22 and 23 at 7:30pm, when D2D will host their Third Annual Showcase titled “Undefined” at Conwell Dance Theater.

D2D hosted Prelude Philly 2016 with grace, organization and sheer fun. Their level of professionalism is unmatched by any school organization, and their accomplishments have reached far outside of just the Temple community and into the professional dance world. D2D’s intentions of spreading the joy of dance and the love for the arts were clearly reflected during Prelude.