When I came to Temple in 2017, I was 25 and knew that it was the right time for me to continue an education that I had started in 2011 at a different university. Temple spoke to me as a program for their value of both the academic side of dance as well as the techniques, opportunities for choreography, and the fact that within one department there are BFA, MA, MFA and PhD students all there to continue their studies and build on their passion of dance. Coming to Temple as a nontraditional student as well as a transfer student was one of the best choices I made. I was able to diversify my knowledge of different techniques, while working with teachers who were prominent in the Philadelphia dance community. The staff at Temple are willing to work with you, provide excellent feedback and help ensure that you are getting what you want out of your dance education.

What I learned at Temple…It is okay to start again, to say “I don’t know” and build yourself up from there. As dancers and artists, it is easy to feel like you need to know everything all of the time to justify and back up the choices you are making and the techniques you study. Not realizing that through study, hours of rehearsals, talking with your peers and teachers, attending guest workshops and performances that all of this will inform your answers and build character. I can say with certainty that I am not the same dancer I was before starting at Temple and I am glad. During my time, my main technical focus was in African Diasporic techniques, most of which I had not heard of nor studied before attending Temple. I started off uncomfortable with being new, with not understanding how to get my body to achieve the actions and spent much of my class time moving slow to figure it out. Through this experience of relearning my body and asking it change and unlearn prior habits I grew, not just physically but mentally. Dance once again became a broad and sweeping term that was more than I had known before. 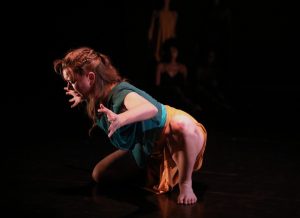 I had the good fortune of being able to work with the late Dr. Teresa Benzwie before her passing and study Early Childhood Dance Education. My studies with Dr. B further affirmed my passion for education, and through her kindness and compassion she helped nourish the teacher in me. Her guidance and expertise in the field was a priceless gift from my time at Temple.

What I took away from Temple, was that it is important to take every opportunity that comes your way with the awareness that it might not be exactly what was expected or planned for…because there is something for you to learn. The teachers, your peers, the guests, and the administration all want you to succeed but success is not something that is easy or simply built. I hope to pass this information on to my students. There is a lot of value in being a lifelong learner, to take chances, and to make mistakes beautifully.

This fall, I started a new position as the dance teacher for the Capital Area School for the Arts Charter School (CASA) in Harrisburg, PA. CASA was a school that I attended in high school. I am living one of my dreams to teach in this school and continue to build a program that trains intelligent, well rounded dancers, and artistic collaborators. As I move forward, I would like to continue to explore dance by taking classes when possible and enjoying every opportunity I have to dance and do what I love. 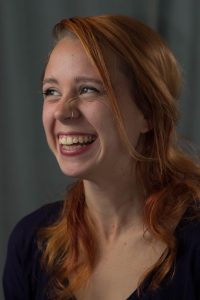 I grew up asking myself a question that would evolve in different shades throughout my life until now. I asked my mom at the village dance square…what are you doing moving like that? Her response, you will grow up to meet this! Boom! That was my first critical encounter with dance by observing my mother’s body moving to traditional music.

Now the question I asked and the answer that came were not new. On the contrary it has been asked by many curious kids since our first ancestors danced. It is a deep question with an equally deep answer. Unknown to me, I was asking the body I came out from how it came to know itself enough and be confident enough to move like that among a people who did likewise to the same music. I would later come to understand that movement systems, embodied, loved, respected over years of evolution, would be my very IDENTITY!

I analyse my personal dance experience from childhood in such a reflective manner that it helped me conceptualize the transient body in varied social cultural, and political positions among my ethnic group in my beloved home country Ghana. My father was a sub-chief of that rural town and during ascension to his stool/throne, I was required, by virtue of my father’s political and genealogical position what I term as my “transition into a status and validation as a royal, through dance movement”. I recount how the selected dance and its movements transformed and influenced my understanding of the Akan linguistic patterning and its power in affirming individual identity creation. I started receiving my official training as a dancer at the age of 6 and I was taught specific movement patterns which were different in execution from some other movement patterns I had seen outside my father’s palace. In my training process I was instructed to walk as a royal in the dance arena, taught a specific salutation concept and then eventually when to start performing on a specific drum rhythmical cue. Prior to that, my training in other things like sitting, eating, drinking from a cup, posture, gait was similar to my fathers who, from time to time before his enstoolment would join me in dance practice and perform the same movement patterns with me. He would often shout phrases like “a royal does not sweat on the dance floor”, “you are the son of great ancestors”, “wisdom and dancing abilities are in your blood”, “you will dance with me, your father, in glory”, “go on my son, the stool and the music are yours alone to take after I am gone”. These statements in addition to specific hand and feet movement patterns validated my understanding of who I was at the time and it came through dancing.

Reflecting on my childhood learning process and my political affiliation leads me to conclude that I was ‘curated’ and subsequently put on ‘display’ to the outside world through dancing.

Prior to my PhD at Temple dance department, I was exposed to dance studies/scholarship beginning from my undergraduate studies at the school of performing Arts University of Ghana focusing on Dance studies and Theatre arts. As my passion in dance intensified, I proceeded to pursue a masters at the Institute of African studies-University of Ghana with concentration on African dance and music analysis. My thesis was on Dance Aesthetics and Performance Contexts of a royal dance among the Asantes of Ghana known as KETE.

My exposure within African studies re-invigorated my interest to pursue more knowledge in dance scholarship due to the rate at which the proliferation of our dance forms offered research possibilities to ascertain the evolution of dancing as human requirement within contemporary African settings. As such I applied to pursue second masters in Europe which led me to pursuing the Erasmus-Mundus Choreomundus International Masters in Dance Knowledge, practice and heritage degree  from a consortium of four universities namely; University of Roehampton-London, Université Blaise Pascal-France, Norwegian University of Science and Technology- Norway, and the University of Szeged, Hungary. The aim was to learn about emerging concepts in safeguarding of Intangible Cultural Heritage. My journey to Temple University began when I first met Dr. Sherril Dodds who was a visiting lecture at University Blaise Pascal in France 2017. She encouraged all of us to pursue high education and offered to help if any of us were interested. I was not initially interested as my immediate goal after my 2nd master was to go back home to my Alma mater to support dance research and scholarship. However, the opportunity to study at the prestigious Temple University was too alluring to ignore. Here I am! 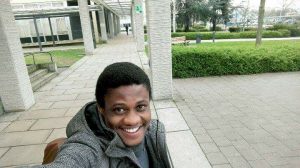