The Temple University Department of Dance, Institute for Dance Scholarship, is delighted to announce the sixth Reflection:Response Choreographic Commission has been awarded to

Building on her current series of episodic works, Plight Release & the Diasporic Body, Lela Aisha Jones will create Everyday Saturday. This work traverses, through the body and movement, what a diasporic orientation offers us as a guide towards individual and collective restoration. The choreography remembers, archives, and excavates black/African descendent cultural retentions. The purpose is to sustain the practices of togetherness and solidatiry by centering lived experiences and movement as fertile resources. Jones is asking, “What if we continue to bring into consciousness that we, as people on this earth, remain and become tapestries grounded in histories and our own discoveries that collide, merge, diverge, and converge?  What if the body and artistry are the most ripe locations for these processes?”

Everyday Saturday works to capture the gestural, common, and less visible locations of black/African diasporic movement in the U.S. It is inspired by the Saturday morning clean up ritual that took place weekly in the Southern U.S., North Florida city of Tallahassee, in the Jones home. Dancing while cleaning makes work feel like family. Cleaning becomes a metaphor for bringing up the dirt and the stories only the body can tell—acknowledging them and making room for the new. Students of the Temple University Department of Dance will join Jones and her company in Everyday Saturday.

In addition Lela Aisha Jones | FlyGround will perform the critically acclaimed trio Jesus & Egun (2016) a deemed by NYC Reviewer Eva Yaa Asantawaa as a choreographic world she would never want to leave. 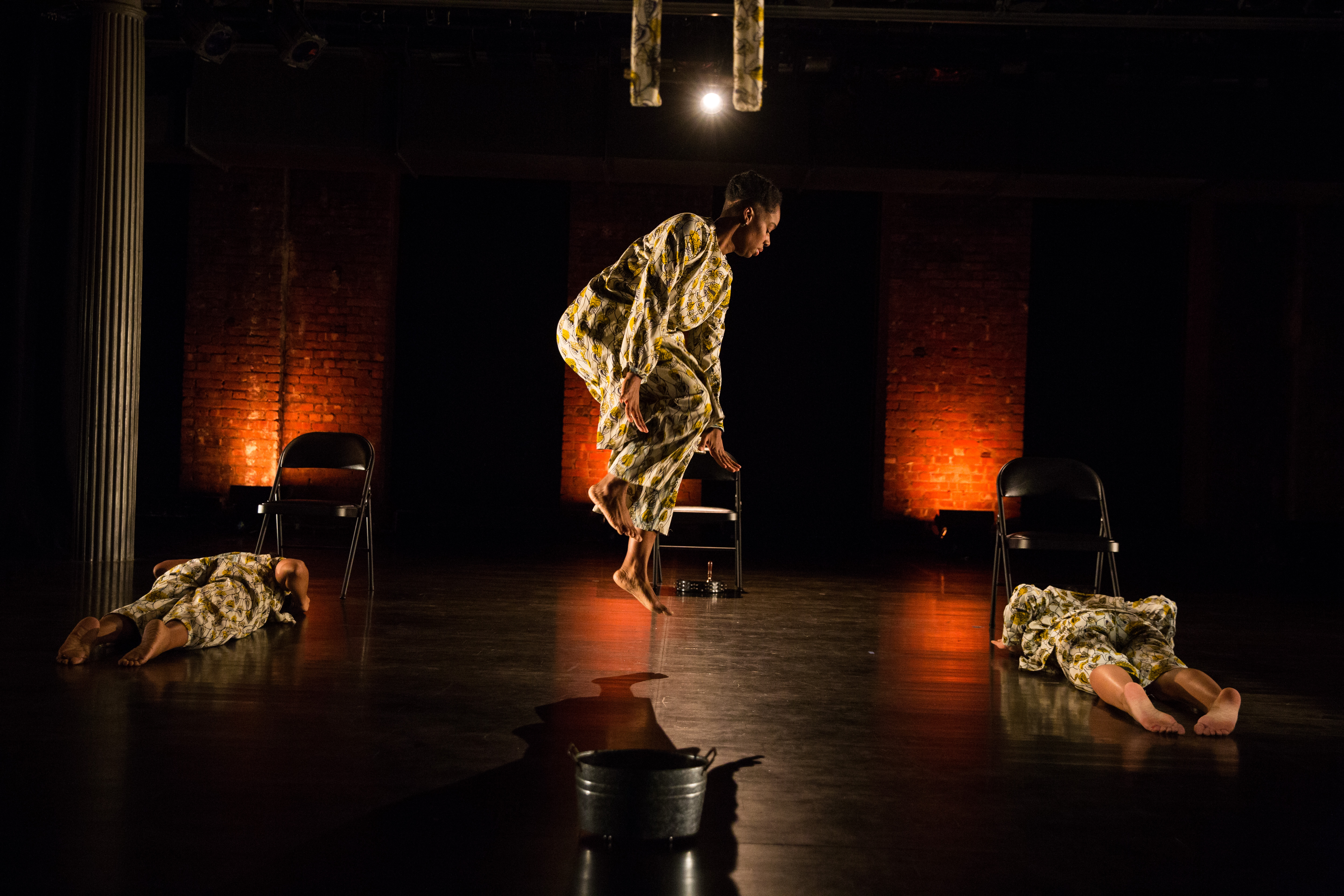 Lela Aisha Jones is a native of Tallahassee, FL who resides in Philadelphia, PA.  She is a  movement performance artist that has come to understand dance as an “archival practice” and her body “as an artistic archive—a creative storage space for movement and culture derived from the individual and collective lived experiences of blackness.” Lela is the founder of FlyGround, her creative home, where she cultivates her artistry that intertwines personal history, diasporic movement, social commentary, and interdisciplinary methods.  Lela earned a Master of Fine Arts in Dance at Florida State University and is a current doctoral candidate at Texas Woman’s University.  She is a 2013 Dance USA Philadelphia Rocky Awardee, a 2015 Leeway Foundation Transformation Awardee and a member of the inaugural 2015 Innovative Cultural Advocacy Fellows designed by leaders at the Caribbean Cultural Center African Diaspora Institute in NYC. Lela is also a 2017 New York Dance and Performance Award – Bessie nominated choreographer and a 2016 Pew Fellow in the Arts.