Welcome back everyone! This week was all about sources.

For the research quest this week I wanted to get a closer look at the Arusha Declaration and what plans were being taken to transform Tanzania into a socialist state. The document is divided into five main parts. These consist of the following in order: The TANU Creed (Tanganyika African National Union), The Policy of Socialism, The Policy of Self-Reliance, TANU Membership, and The Arusha Resolution. This source introduced ideas of what the government’s goals should be, how government leaders should act, and certain rights that individuals should have. 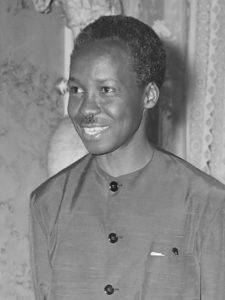 One problem with the Arusha Declaration document as stated in my research quest is that the original document is written in Swahili and the version I had was an English translation. I am not sure if the meaning of the document changed in any way, but this is something to look for in future research. Tanzania if you did not know was an English colony and so the English language is widespread, but there is not majority language in the country and it is a multicultural country. 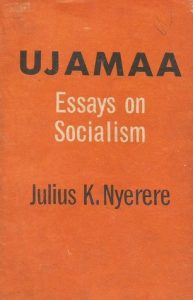 As for book sources, I am having a little difficulty choosing from the large selection I have found.  I have decided to read Ujamaa: Essays on Socialism written by Julius K. Nyerere himself because he was the main promoter of ujamaa socialism in Tanzania. I have requested this book through the library, but have currently not received it.

Another resource I found was during the research quest in the google search section was blackpast.org. This source has more general information, but at the end of each article, there is a list of sources the author used like Wikipedia. Sadly, these sources do not have links attached to online versions of them, but these sources seem useful and I will have to spend more time looking into each one.

A few questions I am still unsure about are how in-depth I want to go into Nyerere’s life. While he was the main force behind ujamaa socialism in terms of implementation and ideology, this paper is more focused on how he implemented socialism in Tanzania and what went wrong. How this idea was formed through his experiences may be important, but I do know how much time I should spend looking into it at this point.