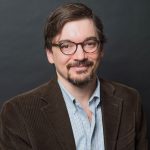 Seth C. Bruggeman (email|blog) is an Associate Professor of History and periodically directs the Center for Public History. He received his B.A. from Penn State University and his Ph.D. in American Studies from the College of William & Mary. He teaches courses on American cultural history, material culture, memory, and public history. His books include Commemoration: The American Association for State and Local History Guide (2017), Born in the USA: Birth, Commemoration, and American Public Memory (2012), and Here, George Washington Was Born: Memory, Material Culture, and the Public History of a National Monument (2008). 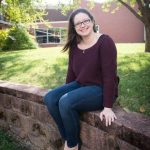 Abby Gruber (blog) is a second-year PhD student in the History Department at Temple University and is currently serving as the Allen Davis Fellow for Temple’s Center for Public History. She received her B.S.Ed. in Social Studies and M.A. in History from Millersville University in 2015 and 2017. Her current research interests include women, gender, loyalty, and violence in eighteenth-century British America. She developed an interest in public history through a variety of volunteer experiences, most notably working as an intern for the National Museum of Bermuda in the summers of 2016 and 2017. In her free time, Ms. Gruber enjoys watching Minnesota Vikings football and sharing the couch with her fuzzy feline son, Jarson.

Abby Austin (blog) is a first-year History PhD student at Temple University. She received a BA in History and Anthropology from the University of Florida in 2015. After her undergraduate studies, she spent three years working in television for shows like Born This Way and Leah Remini: Scientology and the Aftermath. Her research interests include 20th century American cultural and intellectual history, pop culture, childhood, education and Sesame Street.

William Connor (blog) is a recent graduate of Penn State Abington where he received two degrees, one in History, the other in American Studies. William’s career goal is to eventually earn a History JD  so he may teach and run for public office. Summer 2018 was spent with the Philadelphia Mayor’s Office of LGBT Affairs. He has worked on projects involving the preservation of Camp William Penn and the Richard Wall House in Cheltenham, Pennsylvania, and he recently won the Thomas R. and Eileen Walton Smith Award for Achievement in the Arts and Humanities for a research project on the narrative of New Deal artwork in Pennsylvania Post Offices.

Mara Hogan (blog) is a second-year Master’s student in the History Department at Temple University. She received her undergraduate degree in History at the State University of New York at Oswego, with a minor in Native American Studies. Her previous and current research interests are Indigenous people’s history in the 19th and 20th centuries and American social movements, especially LGBT rights and the anti-nuclear movement.

Jessica Markey (blog) received a B.A. in History and American Indian Studies from the University of North Carolina at Pembroke.  She is a citizen of the Lumbee Tribe of North Carolina and her research interests include Native American history, diplomacy, race/ethnicity, and identity.  She wrote her undergraduate honors thesis on the life and legacy of Moses Tunda Tatamy, an 18th century Delaware/Lenape diplomat.  She interned at Pennsbury Manor, the country estate of William Penn, where she researched the relationship between Penn and local American Indians to assist in the development of interpretive programs.

Alanna Shaffer (blog) received her B.A. in Liberal Arts at Sarah Lawrence College, where she took the liberal arts idea to heart and studied everything from theatre and writing to Spanish and sociology. She cultivated a love for public history working as a Tour Guide at Eastern State Penitentiary, using interpretation of the prison’s history as a lens for discussing contemporary issues of incarceration. For the past three years at Eastern State, Alanna has also assisted in the development of the Returning Citizens Tour Guide program, an award-winning program which hires formerly incarcerated individuals to give tours of the site while incorporating their lived experience of incarceration. 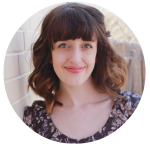 Emilee Shindel (blog) is a first-year History PhD student at Temple University. Emilee holds an MA (2017) and a BA (2014) in History from the University of Colorado. Her interests include 20th century American cultural, political, and intellectual history, Jewish American history, and historical geography.

Alina Zeller (blog) is a German exchange student from the University of Erfurt. She studies the collection-based history of knowledge and culture, and she is finishing her last semester of her Master program at Temple University in Philadelphia. She received her B.A. in History with a focus on North American History and English. Her current research focus includes cultural history in connection with collection, especially of museums. Therefore, the project of Burk Mansion is a great opportunity for her to learn more about the field of Public History, which will be adaptable to pressing topics in a public institution.