At this point in our project, a great amount of information has been unearthed regarding Alfred E. Burk’s business enterprises, political activity, and social involvement. While Burk never married, he did not inhabit the mansion at 1500 North Broad Street alone. While I was searching through early twentieth-century issues of the Philadelphia Inquirer, I found some help wanted adds that offer some interesting and frustrating glimpses into life and work at Burk Mansion.

Beginning with work outside the mansion, an advertisement was posted for a groundskeeper in July of 1919. The advertisement, depicted above, called for a “man” of no particular race or ethnic background to “help gardener cut grass and weed lawn” at the mansion. While the blurb is not specific, we know that Burk already had a well-kept botanical garden in the building behind 1500 N. Broad so there is a serious possibility that this worker could have helped maintain that or at least handle the simpler jobs in order to free up the professional gardener to attend to these gardens. No other advertisement for a groundskeeper were posted, meaning that either the man who was eventually hired successfully held onto the job or the job was eventually discontinued.

Alfred Burk, a descendant of German immigrants, seemed to be a fan of central or eastern European fare. In two advertisements posted both in October of 1920, Burk called for someone of “German or Hungarian” descent with references to apply for the position of cook at the mansion. Whether this was due to feelings of ethnic kinship or personal taste, it highlights the ethnic mixing present at 1500 N Broad and presumably the surrounding neighborhood. The fact that these similar adds were posted in quick succession and then stopped implies that the position, though not immediately filled, was eventually occupied by the end of the month.

Adding to this picture of ethnic mixing is the evidence found in an advertisement also posted in October of 1920 for a “HOUSEMAN.” Tasked with completing domestic tasks in Burk’s home, this man not only needed references but also needed to be “colored.” While we can only make educated guesses about why Burk wanted his servant to be African American, the fact that the houseman was a position with more visibility than a cook or chambermaid implies that men of high social standing such as Burk could use their servants to reinforce their social status.

The most interesting collection of advertisements were for the chambermaid. Posted in October of 1909, October of 1920, and then April of 1921, they offer glimpses into the domestic life of the mansion. The first advertisement called for a chambermaid that possessed good references and was “first-class: Protestant.” This add contains the only mention of religion in the collection I found and implies an anti-Catholic disdain or impartiality that mirrors the preferences for German or Hungarian workers over Italians or Irish. Whoever was hired seemed to do a good job because another wanted advertisement for a chambermaid was not posted for another eleven years. This time, rather than being “first-class” and “Protestant” they needed to be Hungarian, a pattern that mirrors the wanted adds for cooks posted at about the same time. Between the second and third advertisements six months passed. We cannot definitively know what happened but the April 1921 advertisement’s changes and specificity compared to the other six advertisements implies that the chambermaid hired in October did not meet Burk’s expectations. The April advertisement stated that the applicants “must be competent,” and instead of preferring Hungarians it now called for “German or Hungarian” applicants. Lastly, it explicitly stated that the worker had to “go to Atlantic City for summer,” an addition that seems to imply that the past chambermaid took issue with leaving the confines of Philadelphia to go to the Jersey Shore.

Taken together, these small fragments illuminate the ethnic and gendered division of labor within 1500 N Broad Street. While they can also be frustrating in what they do not tell us, they nonetheless offer glimpses into the day-to-day activities of the individuals who worked at 1500 N. Broad under Alfred Burk.

Citations in order of appearance: 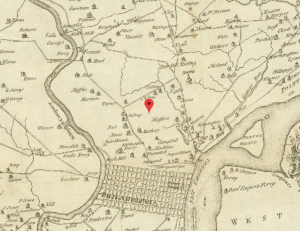 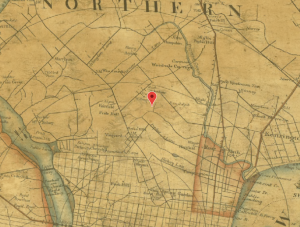 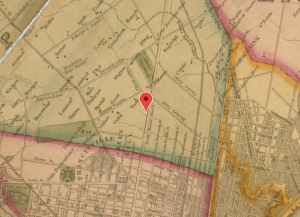 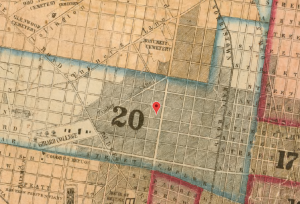 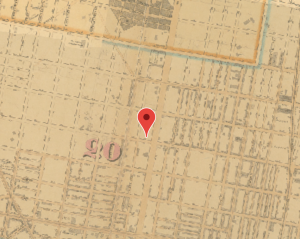 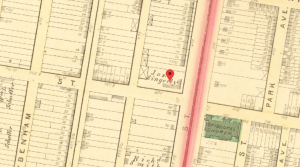 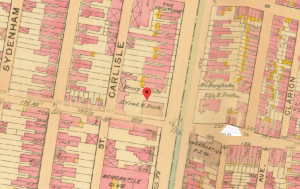 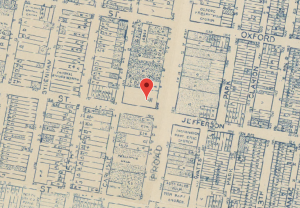 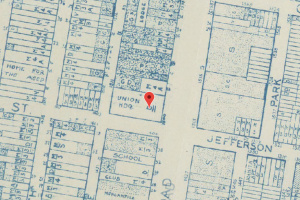 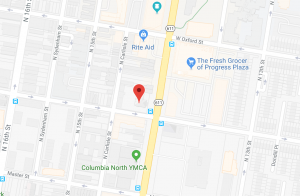