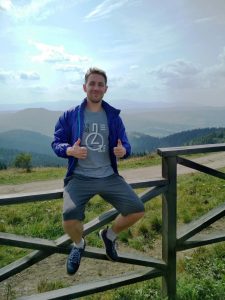 Dr. Andrii Buvailo graduated from Taras Shevchenko University of Kyiv (Inorganic/Bioinorganic Chemistry), and obtained Ph.D. in Physical Chemistry in 2011 from the same institution, majoring in the field of adsorption-semiconductor gas sensors under the supervision of Dr. Ludmila Oleksenko and Dr. Nelly Maksimovich. In August 2008 he worked for the Borguet Group during one year as a Research Scholar — performing research on humidity and hydrogen sensors, and biosensors. The research results have been published in several articles, including the following:

After finishing PhD, Andrii left academic research and focused on a career in the tech industry, which led him to several executive roles:

Since joining Enamine, Andrii focused heavily on the innovations and technologies in Life Sciences and co-founded his own blog BiopharmaTrend.com in 2016, and later — a consulting company BPT Analytics Ltd, offering consulting services in market research, technology scouting, and content marketing for the clients in the Life Sciences.