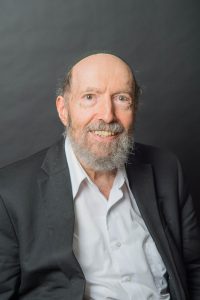 Aryeh Botwinick received his Ph.D. from the Inter-Disciplinary Program in Political Philosophy at Princeton University in 1973. He teaches regularly within the Department upper-class electives and graduate courses in the philosophical foundations of religion and medieval Jewish philosophy.

He received the College of Liberal Arts Award for Excellence in Teaching in 2008 and a Senior Fellowship to the Maimonides Center for Advanced Studies at the University of Hamburg in 2017.

Since the publication of his book,  Skepticism , Belief, and the Modern:  Maimonides to Nietzsche (Cornell University Press, 1997), he has been working to reconfigure and rearticulate the relationship between Western monotheism and Western secularism.  He has tried to highlight a continuity of logical structure between key interpretations of monotheism and key readings of philosophical liberalism. The projects that he is currently working on as continuations of the earlier work are: